Directed by Heidi Ewing, Rachel Grady
A frightening and important documentary about the training of evangelical children soldiers in the culture wars.

Over the years, the rise of Christian fundamentalism in America has been ignored and minimized by Democrats and liberals within the religions. This is a sad oversight and will surely be rectified by the release of this scary and edifying documentary by Heidi Ewing and Rachel Grady whose last work, The Boys of Baraka, examined an experimental program that takes African-American boys from the ghetto streets of Baltimore to the wilderness of Kenya, in hopes that the experience will enrich their lives. We heralded this documentary as one of the Most Spiritually Literate Films of 2005.

Jesus Camp also focuses on children, only this time, white evangelical Christians from the heartland of America who are all being home schooled by their mothers and taught to be zealous soldiers in "God's army" fighting the Devil and the morally bankrupt and godless secular culture in the "sick old world." The importance of Jesus Camp cannot be emphasized enough for it reveals as no other film has done the breadth and depth of the culture war that is going on in America. Progressives flocked to An Inconvenient Truth this summer, declaring that documentary a critically important commentary on what is happening to the planet due to global warming. This documentary is every bit as important for its expose of another development: the campaign to recruit the younger generation to fight for the very soul of America.

Becky Fischer is director of Kids in Ministry International and has been a children's pastor for 15 years. She grew up in a traditional Pentecostal church environment and believes that today's youngsters can be taught to become strong and courageous warriors in the crusade against the liberal forces that have brought America down. Whereas many liberal churches have active Sunday School programs and some even have children attend the worship service for adults where they hear a sermon addressed to them; this approach falls far short of the vast and multidimensional programs that evangelical congregations and mega-churches have launched to give the next generation the tools they need to change the world. Fischer believes that children can preach, prophesy, use the gifts of the Spirit, heal, and witness to pagans and unbelievers. A growing army of born-agains, consisting of fervent and activist kids, are convinced that they can "take back America for Christ."

We meet three of these little soldiers in their homes. Levi (now 13) is from St. Robert, Missouri; his father is a preacher at their church and an employee of the U.S. Army. Levi was saved when he was five and believes that he has been called to be a preacher in a mega-church.

Rachael (now 10) is from the same town and has been home schooled all her life. She loves to witness to others, and is shown walking up to strangers with a handout and a spiel about God, repentance, and heaven.

Tory (now 11) is from Lee's Summit, a suburb of Kansas City, Missouri, where she has been home schooled by her mother. She is an accomplished dancer seen in a production at camp but worries when she gives too much attention to her flesh.

All three of these children are taught by their parents that creationism and Intelligent Design are right and evolution is wrong. They also are taught that abortion is a terrible crime and anti-life. Levi's mother wants to make sure that he understands that global warming is not true.

These children along with more than 100 others attend Becky Fischer's "Kids on Fire" summer camp in Devil's Lake, North Dakota. Of the more 100 million evangelicals in the U.S., 30 million of them are charismatic or Pentecostal. All of them have accepted Christ and are ready to open themselves to God through prayer, speaking in tongues, and repenting of their sins. Fischer does not talk much about the love of God but she makes plenty of references to sin and the battles that must be fought against Satan. Many children at the camp break down emotionally and cry over their failings. Fischer is savvy about using media and props to bring her message home whether it is using Barbie dolls for Adam and Eve or adding blood streaks to a the typeface for the message "The Punishment for Sin is Death" in a Power Point presentation. When some of the boys try to relax in the evening with ghost stories, a sober counselor tells them to stop since such stories don't honor God. Harry Potter is condemned vociferously.

The filmmakers try to balance the documentary with the commentary of talk show host Mike Papantonio of the Air America Radio network. He is shocked by the power and influence of evangelical Christians on the direction of the country and that so few at the other end of the religious and political spectrum see to know what is happening. He is a Christian but claims that his understanding of Jesus is different from those who are born again, including President Bush. He is a minority voice in a land where 100 million Americans listen to Christian radio, a 43 percent increase from five years ago. Near the end of the documentary, he interviews Fischer who talks about her ministry with children and denies that there is any political agenda to her work. But at camp, a guest speaker rallies the campers around the anti-abortion cause and leads them in a chant calling for the raising up of righteous judges for the Supreme Court. A woman brings out a cardboard replica of President Bush and invites the children to gather around and touch it as she leads a prayer for him and his political agenda.

The closing section of Jesus Camp moves to the New Life megachurch in Colorado Springs. The pastor, Ted Haggard, is the head of the powerful evangelical lobby, the National Association of Evangelicals, and speaks to President Bush and his advisors every Monday. Declaring that liberalism is dead, he says the evangelicals have already won the culture war, and it's a new day in America. The three newest recruits in the army are given front row seats. 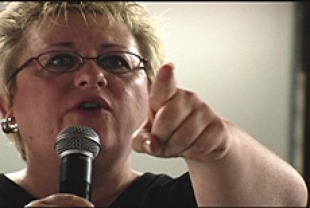 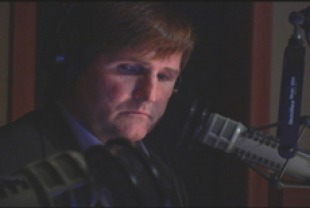 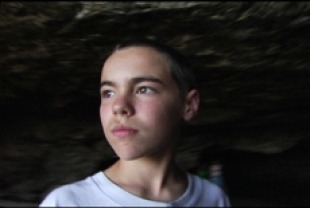 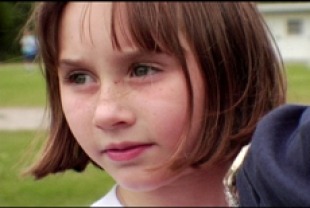 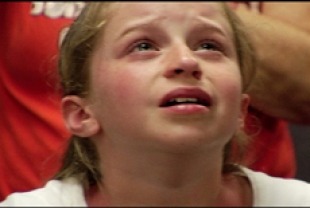