Directed by Phillip Noyce
A thought-provoking depiction of the process whereby self-righteous zealots who use barbaric tactics and torture to achieve their goals actually create more terrorists.

Catch a Fire, which is set in South Africa in the early 1980s, provides a foretaste of the results of the anti-terrorism tactics of governments who use security concerns as a cover for their ignoring human rights and justifying torture. The film is a thought-provoking depiction of the process whereby self-righteous zealots who use barbaric tactics to achieve their goals actually create more terrorists.

Patrick Chamusso (Derek Luke) has worked very hard to become a foreman at the Secunda oil refinery in South Africa. He keeps a low profile and is not involved in protests against the oppressiveness of government racism under the apartheid system. Patrick's wife Precious (Bonnie Henna) loves him very much but becomes jealous when he pays attention to other women. Patrick is a devoted father to his two young daughters and is coach to a boy's local soccer team.

Patrick is radicalized quickly when he is taken in for questioning following an act of sabotage at the oil refinery. Nic Vos (Tim Robbins) is a colonel in the country's Police Security Branch. He is apprehensive about the white hold on power in the country and has his family take shooting lessons. He's in charge of the interrogation of Patrick, whom he arrests as a suspected terrorist. The night when somebody set bombs at the refinery, Patrick was with a former lover with whom he had a son. Since he wants to keep this from Precious, he refuses to tell the authorities his whereabouts. He is arrested and tortured, and then Precious is jailed and beaten up as well. Vos eventually discovers the truth but by this time he has made a radical enemy out of Patrick.

Catch a Fire is directed by Philip Noyce whose other films — Rabbit-Proof Fence and The Quiet American — are moral tales about the nasty things people will do in the name of ideals such as law and order and freedom. This riveting political thriller is based on the true life story of Patrick Chamusso, who is shown at the end of the film running the Two Sisters orphanage where he and his wife have foster-parented 80 orphans. The screenplay by Shawn Slovo depicts in an understandable way how being tortured, and seeing others threatened and tortured, so so torments and angers Patrick that he joins the outlawed African National Congress (ANC) to become a rebel fighter and political operative. He is ready to do whatever it takes to overthrow apartheid and fight the Police Security Branch, which kills many of his neighbors and a group of new compatriots in the ANC.

In one of the oddest moments in the drama, Vos invites Patrick to have dinner with his family. From Vos's racist perspective, this gesture is a sign of his humanity and kindness. But Patrick does not believe a moment of it as he awkwardly tries to be polite and cheerful. The scene brings to mind a quotation from theologian Reinhold Niebuhr: "The self-righteous are guilty of history's greatest cruelties. Most evil is done by good people who do not know that they are not good."

While some may wonder why Noyce has chosen to share this story of the radicalization of a nonpolitical African in the 1980s at this time, it's clear to us that this story has great relevance today. All over the world, people are torturing other human beings using the excuse that they are simply protecting their own freedom. Will such treatment yield useful information? Will it prevent more terrorism? This movie suggests otherwise. The end result of this barbaric cruelty is to create a whole new group of terrorists bent in some cases on revenge, and in others, on doing whatever it takes to achieve their goals. 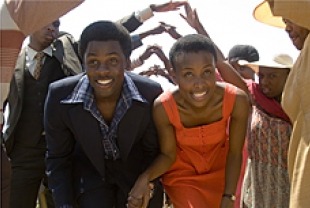 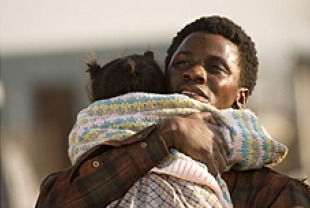 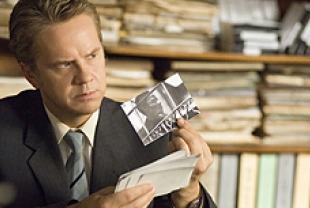 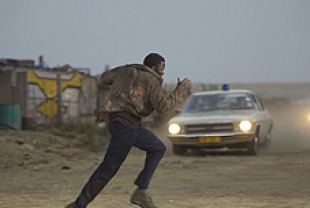