Directed by Gayla Jamison, Larry Rich
Examines the plight of undocumented immigrants and the growing problem of human trafficking.

Each year, 600,000 to 800,000 men, women, and children are trafficked across international borders; 70 percent of them are female and 50 percent are children under 18. Due to the underground nature of the crime, it is difficult to collect exact statistics, but the U.S. State Department estimates that between 18,000 - 20,000 trafficking victims enter the country each year. The actual number may be in the hundreds of thousands. Many of the women wind up in the commercial sex industry. Those trafficked from Mexico into the U.S. each year include workers, women, and children lured under false pretenses by criminal networks. Trafficking victims have been found in cities and rural areas all across America.

Each year more than one million people attempt to cross the U.S. -Mexico border animated by a dream of a better life for themselves and their loved ones. Their trek takes them into danger, and they either pay money to a coyote who leads them to where they are going or to criminals who sell them as modern-day slaves. Lives for Sale, produced by Larry Rich and Gayla Jamison, is a riveting documentary about undocumented immigration and the suffering of poverty-stricken people from Mexico and Latin America who are treated as human meat to be sold to the highest bidder.

The documentary tells the story of three individuals and their ordeals. The first is Yanori Ramirez, an immigrant from Honduras, where 79 percent of the people live in poverty. She travels from southern Mexico by freight train to the U.S. border; it takes three days and nights. Many using this route fall from the train or will later be raped or killed.

The second story revolves around Lucita, a poor Mexican girl who is promised a job in Los Angeles only to find herself imprisoned in a brothel with no way out. The third story centers on Esperanza, a young Guatemalan woman who was sold into virtual slavery and transported to Florida where she served as a domestic and sexual servant in a middle-class community. Thanks to a neighbor, her situation was discovered and the people who had enslaved her were brought to justice.

Lives for Sale salutes some of the religious and social agencies who are trying to deal with the problem of undocumented immigrants and human trafficking. Father Rene Castaneda runs the Center for the Care of Immigrants and Needy in Altar, mexico, which provides services for those seeking a new life. On the American side of the border, minister Mark Adams runs Frontera de Cristo/Christ's Border, which leaves life-saving water along the trails known to be used by immigrants. He says: "There were people who didn't think it was right to give water to the thirsty. And people who thought it was their fault if they died. They were 'illegal.' As a community of faith, that's ludicrous for us to believe that anyone should die for trying to find a better way of life for their families."

A final section of Lives for Sale examines two communities that are trying to lower the number of people leaving through economic and educational programs, such as a coffee cooperative and an effort to combat female illiteracy. 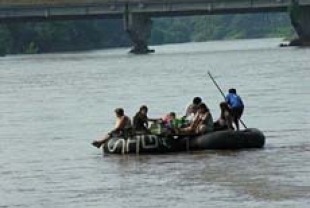 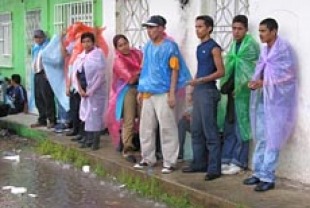