Harry Potter and the Order of the Phoenix

Directed by David Yates
A rousing adventure that includes Harry Potter's first kiss, his encounter with the odiousness of order, his feelings of loneliness in the face of an indifferent world, and his slow realization of the support of his friends.

In the latest installment of the fabulously successful Harry Potter series by J. K. Rowling, the adolescent hero goes through a series of experiences that initiate him into the adult world: frightening nightmares, a first kiss, an encounter with the odiousness of order, the discovery of the complexity of the battle between good and evil, and painfully hard lessons that have to be wrestled from death on many different levels. Sound quite heavy? It is, and so are the burdens of growing up, even if you are an accomplished wizard.

In the opening scenes of this rousing adventure, imaginatively and skillfully directed by David Yates, Harry (Daniel Radcliffe) is hauled into court by the Minister of Magic, Cornelius Fudge, for the underage use of magic outside of school and in the presence of a Muggle. Things seem stacked against him until Albus Dumbledore (Michael Gambon), the headmaster of Hogwarts, defends him and he is allowed to return to school. But he's not exactly welcomed there. Many in the community refuse to believe he is telling the truth about the return of the evil Lord Voldemort. There are still many in the community who refuse to believe that Voldemort has returned and is gathering new followers. Harry is troubled by nightmares and feels isolated even from his best friends, Hermione (Emma Watson) and Ron (Rupert Grint).

To bring more order to Hogwarts and to squelch the stories about Voldemort, the Minister of Magic has assigned Dolores Umbridge (Imelda Staunton) to teach Defense Against the Dark Arts. Dressed in pink and speaking in crisp tones, she announces that she intends to focus on theoretical knowledge just to get the students through their exams. She initiates her own private Inquisition with one set of rules after another all designed to limit the practice of magic, discredit Harry Potter, and get rid of Headmaster Dumbledore. (We get a sense of how perverse she is when we see that her office contains 200 kitten plates on the walls, each holding a captive and meowing feline.) It's not long before Umbridge succeeds in turning Hogwarts into a very repressive place.

Convinced that the students will need to defend themselves against the Dark Forces, Hermione and Ron convince Harry to teach a group of willing teenagers the appropriate spells. Their group is a tribute to the original Order of the Phoenix, a secret organization formed by Dumbledore to combat the forces of evil; Harry's parents, the Weasley's, and his friend Sirius Black were members. Harry's spirits are lifted as he teaches his peers to use their powers in new ways. He is especially impressed by the support he gets from Luna Lovegood (Evanna Lynch), a soft-spoken young girl, and Cho Chang (Katie Leung), his long-time admirer.

At one point, Sirius (Gary Oldman), his godfather and his father's best friend, tells Harry that the world isn't split into good and bad people; we all have both the light and dark in us. The trickery and treachery at Hogwarts provides good lessons about that truth. Harry is tutored by Professor Snape (Alan Rickman) in the art of Occlumency in hopes that he will be able to deal with the Dark Lord's attempts to control his mind. In the process, he discovers an unsavory truth about his beloved father. As Harry prepares to do battle with Voldemort along with the five other wizards he has trained, a 16-foot-tall giant and some Centaurs give Umbridge a taste of what it is like to be harassed. The final battle takes Harry one more step on his complex journey to adulthood in a world of fear, oppression, and chaos. The most important lesson of this stage of his journey comes to him slowly but surely: the realization that he has and really needs the support of his friends.

Special DVD features include additional scenes; featurettes: 1. "The Hidden Secrets of Harry Potter" - Explore all the movies in the series for clues to the mystery of Harry's True Destiny and 2. "Trailing Tonks" - Spend a day with Actress Natalia Tena and receive a very personal and often wacky tour of the Harry Potter and The Order of the Phoenix stages. 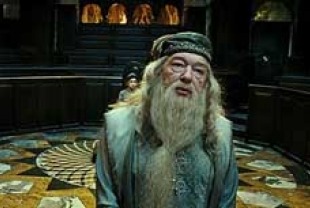 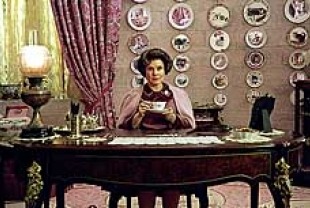 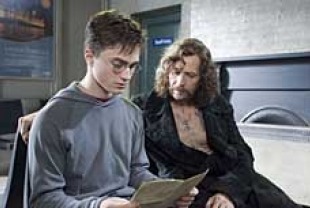 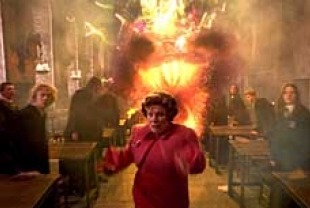 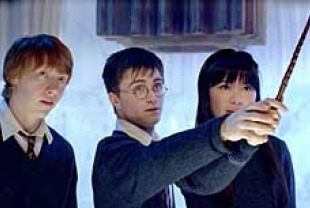 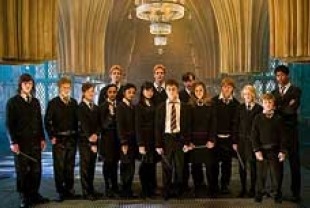