Directed by Noah Baumbach
Explores with élan and comic energy the difficulties of the sibling bond and the mixed feelings we often have for those who share our history.

In The Sibling Bond, Stephen Bank and Michael Kahn challenged the traditional idea that parents primarily determine our identity and that once we leave home, our spouses, children, and careers shape our lives. What they found instead is that throughout our lives, siblings can be the only intimate connection that seems to last. Thanks to shared history, they provide the reference by which we can measure ourselves. But not all siblings stay connected to each other. They may try but face obstacles too great to overcome and so they remain as distant as members of a different family. From Cain and Abel to King Lear's daughters and countless modern tales, the importance of this familial relationship has provided writers with plenty of thematic material from rivalry to anger to hatred.

"It's hard, I think, to find people in the world you love more than your family," says Pauline (Jennifer Jason Leigh), a teacher and a single parent of Ingrid (Flora Cross). She is preparing to wed Malcolm (Jack Black), an unemployed musician and artist. But over the years she has had a rocky relationship with her sister Margot (Nicole Kidman), a New York-based short story writer. She arrives at the family home with her son Claude (Zane Pais) for the festivities. It is evident from the first that this high-strung and hypercritical woman is in the midst of her own personal meltdown with her husband Jim (John Turturro). Margot doesn't think much of Malcolm: "Pauline, what are you doing getting married to him — he's like guys we rejected when we were 16." Pauline's fiancé has low self-esteem to begin with and her sister's dislike of him really hurts, especially when he discovers that the first person Pauline told about her pregnancy was not him but Margot.

Meanwhile Claude digs little jibes at his mother whose erratic behavior is an embarrassment to him. Such as when she criticizes a neighbor for angrily jerking the arm of a child or when she climbs an oak tree in the backyard but freezes and has to be rescued by a member of the fire department. Margot has used her trip to the area for an appearance at a local book store where she is interviewed by Dick (Ciaran Hinds), a former lover who humiliates her with some probing questions about the autobiographical nature of her fiction. Pauline has never been able to forgive her for bringing down her first marriage by dissecting it in a story.

Margot at the Wedding is a rambunctious follow-up to writer and director Noah Baumbach's Academy Award nominated The Squid and the Whale (2005) which explored family dynamics is a fresh and funny cinematic style. Here the sibling bond is revealed to be an important one that requires lots of hard work and patient love. Pauline wants to be her sister's best friend but the baggage of past recriminations, disappointments, and jealousy get in the way. Margot, who is a walking time bomb of anger and verbal sniping, is a vulnerable person who can't seem to trust those closest to her. Jennifer Jason Leigh and Nicole Kidman give superb performances as the twisted sisters who push each other's buttons. Baumbach has created characters who elicit our sympathy and engender our emotional responses as they desperately try to connect with each other. 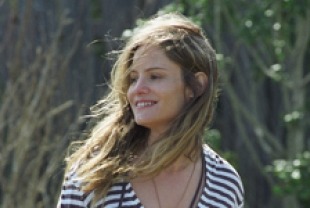 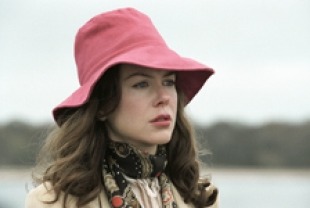