Directed by John Sayles
Life in a black Alabama community in the 1950s and the frantic efforts of a juke joint manager to keep his club open.

Tyrone "Pine Top" Purvis (Danny Glover) runs the Honeydripper Lounge, a juke joint in Harmony, Alabama, in 1950. But he is experiencing hard times in the small town where his blues singer (Mable John) can't compete with the electric juke box at the hot spot across the street where all the young people go to dance. Tyrone is behind in his payments to the liquor man and the landlord. To complicate matters even more, he is having trouble with his wife (Lisa Gay Hamilton) who is spending more and more of her time at a revival meeting.

Needing a miracle, Tyrone comes up with the idea of bringing New Orleans sensation Guitar Sam to the Honeydripper Lounge for a weekend; he hopes to bring in enough cash to cover his debts. Tyrone's right-hand man Maceo (Charles Dutton) helps him orchestrate all the details of the evening which includes keeping the racist sheriff (Stacy Keach) pleased and not angry. Meanwhile, a vagabond youth named Sonny (Gary Clark, Jr.), who says he's also a guitar player shows up and attracts the attention of Tyrone's step-daughter (YaYa DeCosta).

With 16 films to date, writer and director John Sayles again zeroes in on the everyday goings-on in a small community. But this sociological approach which worked so well in Lone Star and Sunshine State doesn't reap many benefits this time around. Despite the always reliable performances by Danny Glover and Charles Dutton, the depiction of cotton-picking, revival meetings, and racism is something we have seen before in countless other movies set in the South. The use of a blind guitarist and singer (Keb' Mo') as a spirit who communicates with Tyrone doesn't add much to the weak storyline. While there is always some moral meaning to take away from a Sayles film, this is one of his weaker efforts. There are small satisfactions here for those who enjoy blues music.

Special DVD features include cast and filmmaker interviews; a commentary by director John Sayles; and "Behind the Scenes." 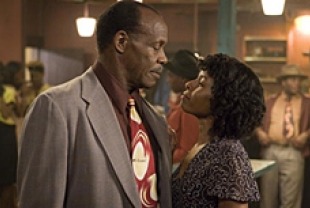 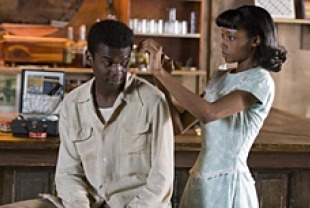