The Power of Forgiveness

Directed by Martin Doblmeier
A moving and multileveled examination of the religious, spiritual, and scientific values of forgiveness.

"Life is an adventure in forgiveness," writer and editor Norman Cousins once stated. It is a key spiritual practice in all the world's religions, our chief means of letting go of resentments and the first crucial step in reconciling ourselves with our neighbors. This 78-minute film won Best Documentary at Sun Valley Spiritual Film Festival. The film is now showing on many public television stations in the United States (check local listings and the film's website to find the station, date, and time in your area). Major funding for the documentary was provided by the Fetzer Institute as part of its Campaign for Love and Forgiveness and by The John Templeton Foundation.

Director Martin Doblmeier (Bonhoeffer) has said of his subject:

"The word 'forgiveness' may be the most provocative word in our culture today. There is an underlying anger in our country that we see regularly in our movies, in the news, even on our highways. For some, that anger is acceptable while others are calling for a new direction in our thinking and the way we interact with others. Forgiveness proves itself not only to be good for our health, but it offers a solid first step in that new direction."

Many different facets of forgiveness are explored in this documentary by a wide spectrum of religious people, including Rev. James A. Forbes, pastor of Riverside Church in New York City, who states, "It is not possible to achieve by vigilance in anger and revenge what the soul is longing for. What the soul wishes is peace." Buddhist teacher Thich Nhat Hanh contends that "forgiveness will not be possible until compassion is born in your heart." Thomas Moore, the bestselling author on the soul, says, "Forgiveness comes in its own time. . . . We can create the conditions under which forgiveness will appear, but it will appear in its own time and in its own way." Spiritual activist Marianne Williamson adds: "At a time when we see so much evil, we are called upon to have the moral grandeur and spiritual audacity to believe in good, to proclaim it, to stand in conviction, to take the people who truly do evil and, yes, hold them accountable. But to nevertheless stand for the possibility of human redemption that turns even the hardest hearts."

The most poignant and affecting moments in The Power of Forgiveness come in several touching stories. Donald Kraybill, one author of The Riddle of Amish Culture and a scholar who contributed to Amish Grace: How Forgiveness Transcended Tragedy, explains the religious views behind the inspiring example of the Pennsylvania Amish community who were able to forgive after a man killed five little girls in their school.

That children are taught to forgive by the actions of their parents and other important adults in their lives is also the position of Robert Enright, who works with teachers from Catholic and Protestant communities in Northern Ireland. He and his wife talk about their experiences designing and testing a school curriculum focusing not only on forgiveness but also on mercy.

Elie Wiesel, a Nobel Peace Laureate, recalls how he encouraged the German government to apologize to the Jewish people in Israel for the Holocaust. Rev. Lyndon Harris from St. Paul's Chapel located next to Ground Zero talks about his idea of a Garden of Forgiveness near that site where people can meditate. And Everett Worthington, who teaches forgiveness to college students, describes how he and his siblings were able to forgive the violent murder of their mother whereas the police chief who was on the case admits that she could never be that forgiving.

One of the most moving segments zeroes in on Azim Khaisa and Ples Felix. Ples's grandson murdered Azim's son; after Azim reached out to forgive, the two men became friends. They now go to schools to tell their story and encourage children to try this spiritual practice.

These people and the others on The Power of Forgiveness are proving that this spiritual practice can transform lives.

The DVD includes several bonus features: a speech by Nobel Laureate Desmond Tutu at the Washington National Cathedral, a short film "One More Thought," and an interview with the director. 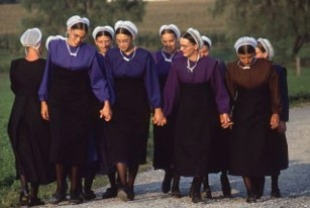