Mike Terry (Chiwetel Ejiofor) is a Jiu-Jitsu teacher who runs a small academy in a rundown section of Los Angeles. He teaches self-defense according to the samurai's code. Over the years, he has avoided the prize-fighting martial arts circuit thanks to his belief that competition weakens the fighter. His wife Sondra (Alice Braga) does the accounting for the academy but also has her own fabric business on the side.

One of Mike's most serious students is Joe Collins (Max Martini), a police officer. One night a distraught woman attorney named Laura Black (Emily Mortimer) enters the academy wanting to pay for the damage she has done by hitting Mike's car. When she mistakenly thinks Joe is coming up behind her, she grabs his gun and fires, breaking the plate glass window. Because of his loyalty to the academy, the police officer decides not to arrest her. But the incident sets off a series of happenings that will challenge Mike's beliefs and rigorous idealism.

This riveting drama is written and directed by playwright David Mamet. He has said of the film:

"I spent five years change training with a great jiu-jitsu master, Renato Magno, and associating with his colleagues and cousins, the Machados and the Gracies. They, in their demeanor, their generosity, and their understanding of the world, offered to me, and their other students, a vision of the possibility of correct, moral behavior in all circumstances. This understanding was and is, in perfection, a modern stoicism. As such, it seemed the perfect encapsulation of the hero, and the world of martial arts, the perfect arena for its exploration."

Mike is fond of telling his students "There is no situation you cannot turn to your advantage." But now he faces the possibility of having to shut the academy down. Then one evening, he saves movie star Chet Frank (Tim Allen) from serious injury in a bar brawl. Mike is invited with Sondra to a party at the celebrity's house where he is offered a job as producer on the set of his new film. Meanwhile, Chet's wife Zena (Rebecca Pidgeon) promises Sondra to include her as a partner in a new fashion line. But thanks to the under-handed dealings of Chet's right-hand man Jerry Weiss (Joe Mantegna), Mike and Sondra discover that these new dreams are empty lies. To make matters worse, she has borrowed some money from a loan shark (David Paymer).

Writer and director Mamet takes Mike into new territory as his mental and physical prowess are tested. The intense performance by Chiwetel Ejiofor establishes him as one of the world's most reliable movie stars who can always bring to the screen fascinating characters who hold our interest and stretch our appreciation for the mystery of human personality. Mamet wants us to see the moral challenges we face in a world where money and power are corrupting influences. All his movies are ethically provocative and worth seeing!

Special DVD features include a commentary with director David Mamet and Randy Couture; behind-the-scenes of Redbelt; inside mixed martial ; Q&A with David Mamet; an interview with Dana White; fighter profiles; and the magic of Cyril Takayama. 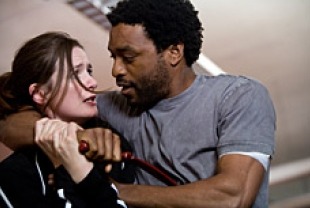 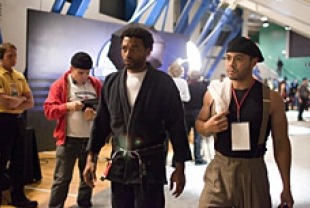 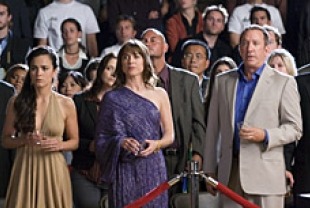 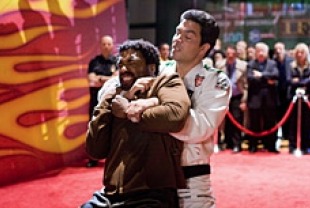