Directed by Sarah Gavron
A poetic and sensitive drama about a Bangladesh village girl's life in England and her valiant struggle to stand on her own.

Nazneen lives with her parents and sisters in a rural Bangladesh village with her sister Hasina. Growing up together, the girls are almost inseparable. Their mother always tells them that it is necessary to endure the hardships that life brings their way, but she herself cannot handle them and commits suicide. Nazneen's father decides to marry her off to Chanu (Satish Kaushik), an educated and older Muslim living in London's East End. She is only 17 years old when she leaves the village.

Sixteen years later, Nazneen (Tannishtha Chatterjee) lives in Brick Lane, a rundown housing complex that is home to many immigrants. Having lost her first-born son in a crib death, she now has two daughters: Shahana (Naeema Begum), a rebellious teenager, and Bibi (Lana Rahman), a ten year old. Once her family leaves for the day, Nazneen eagerly reads a letter from her beloved sister about her adventures in love. She dreams of returning to Bangladesh, a place which in her memories is idyllic in its beauty and security. Nazneen has never really accepted London as her home. Chanu returns with bad news that after being passed over for a promotion, he has quit his job.

Although he protests at first, her husband allows Nazneen to set up a sewing business in their small apartment. A handsome young Bangladeshi man named Karim (Christopher Simpson) delivers the piece work for her to do. Initially she is very shy in his presence, but over time they talk and eventually become lovers. After 9/11, he is very active in meetings with fellow Muslims who want to counter the hatred directed against them by people who are filled with fear. Nazneen faces new challenges at home. Chanu has borrowed a lot of money, and the old woman who loaned them the money is demanding exorbitant payments. Frustrated at every turn, her husband now wants to return to Bangladesh. Nazneen doesn't know what she wants but her oldest daughter is vehemently against the move.

Brick Lane is beautifully and sensitively directed by Sarah Gavron. It is based on a critically acclaimed novel of the same title by Monica Ali. In this fluid and subtle drama, we watch the slow and special unfolding of a Muslim woman's soul, as she begins to listen to her own voice and to come at last to an acceptance of home. Tannishtha Chatterjee delivers a multileveled performance; we learn to know Nazneen as a dutiful Muslim on her prayer mat, a shy woman moving cautiously through the streets of the city, a weary wife who does not respond to sex with her husband, a heart-broken mother who has lost a beautiful son, a diligent worker with a dream to fulfill, a lover who savors the pleasures of the flesh that put a bloom on her face, an outside observer at a meeting of Muslims who want to band together, a mediator in the fights between her husband and teenage daughter, a fighter against injustice when it is time to stand up to a greedy loan shark, and a nurturing wife who comes to understand the frustrations of her humiliated husband.

It is a long and uplifting journey from Nazneen's childhood in the village when her mother tells her, "If Allah wanted us to ask questions, he would have made us men" to the final scenes in the film where she has defined her destiny by answering life's most important questions in her own way. She does more than endure: she accepts her place in the world and stands in it with a full and a grateful heart. 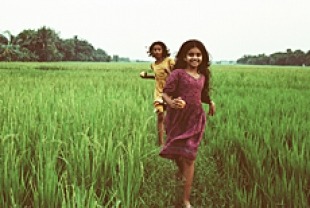 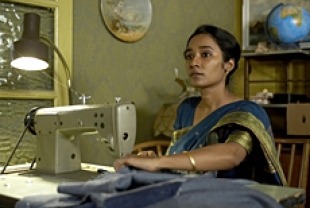 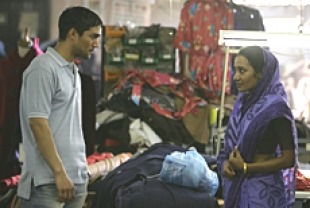 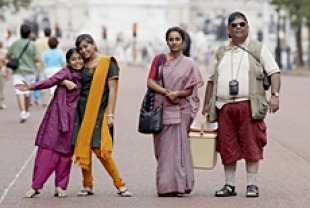