Directed by Clint Eastwood
Delves into the excruciating anguish of parents of missing children and the terrible mistreatment of women by men in positions of power.

A child goes missing in the United States every 40 seconds, 2,100 per day. More than 800, 000 children are reported missing every year, and it's been estimated that another 500, 000 go missing without being reported. Changeling centers around the ordeals of a single parent mother in Los Angeles in 1928 whose nine-year-old son mysteriously disappears while she is at work.

Christine Collins (Angelina Jolie) is raising her son Walter alone; she works as a telephone operator. Asked to put in some extra time on a Saturday, she leaves him at home alone in their modest working-class suburb. When she returns, he is nowhere to be found. The police tell her that most kids return home safely and that they cannot spare any officers to look for him. Christine frantically pursues every avenue possible to no avail.

Five months later the police say they have located Walter in DeKalb, Illinois. Captain J. J. Jones (Jeffrey Donovan), the head of the Los Angeles Police Department (LAPD) Juvenile Investigation Unit, sets up a photo op for the reunion of mother and son. Unable to handle the emotions of the moment, Christine takes the boy (Gattlin Griffith) home, only to discover that her initial impression was right: he is not Walter. First of all, he is three inches shorter; second, he is circumcised. Both embarrassed and enraged that Jones does not believe her, she gathers further evidence from a schoolteacher who says the boy doesn’t know her name or where he sat in the classroom; a dentist also confirms that the lad is not Walter.

Christine finds a huge supporter in the Reverend Gustav Briegleb (John Malkovich), a Presbyterian minister with a radio program who is conducting an ongoing crusade against police misconduct and political corruption in the city. One of his main targets is LAPD Chief James E. Davis (Colm Feore). To silence Christine, Jones has her illegally committed to a mental institution where she meets other women who have been incarcerated in order to stifle their knowledge about police malfeasance.

Changeling is another totally involving movie directed by Clint Eastwood. The screenplay by J. Michael Straczynski is based on a true story. Angelina Jolie is convincing as the working-class woman who suddenly finds herself in the storm-center of a far-reaching scandal involving police wrong-doing. The most visceral moments in the drama come when Carol Dexter (Amy Ryan), a whore in the mental asylum, reveals to Christine that most of the women there have been slandered and unjustly put away. To their horror, they are being subjected to drugs and electroshock in an asylum with no chance of escape.

The last section of Changeling deals with a new twist in the disappearance of Walter and the discovery of a series of crimes committed by Gordon Northcott (Jason Butler Harner), a serial killer. The cumulative impact of the story is that it leaves us with a heaviness of heart for all the pain and anguish experienced by parents of missing children and for the continuing mistreatment of women by chauvinistic men in positions of power and authority. Similar to Chinatown, this ambitious film also stands as a chilling indictment of a city's rampant and appalling corruption. 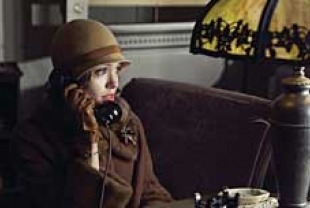 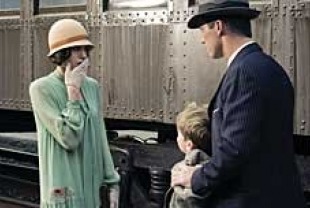 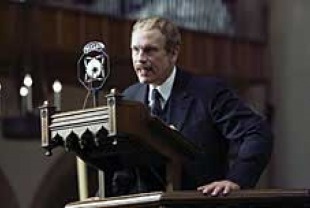 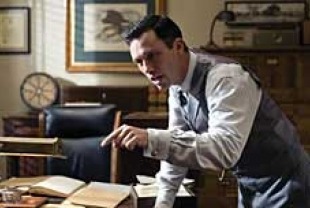 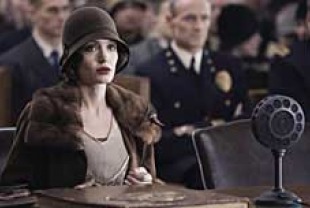