Directed by Martin Doblmeier
An inspiring tribute to an extraordinary humanitarian and his vision of reverence for all life.

"Reverence for life affords me my fundamental principle of morality," said Albert Schweitzer (1875 – 1965), a true citizen of the world. In this inspiring film, which blends interviews and reenactments from the life of this multi-talented German, writer and director Martin Doblmeir (Bonhoeffer, The Power of Forgiveness) conveys the spiritual practice of reverence for life — a philosophy that extends love and compassion to all living things. The incredible story of his life and work is filtered through the eyes of his wife, Helene. In addition, there are interviews with his real-life daughter, Rhena; his granddaughter, Christine Engles; Dr. Timothy Johnson of ABC News; Dr. Lachian Forrow of the Albert Schweitzer Fellowship; biography James Brabazon; theologian Marvin Myers; and others. Albert Schweitzer Called to Africa was filmed in Strasbourg, France, and Gabon, West Africa. It won a Gabriel Award in 2008 and a Telly Award in 2009.

After earning university degrees in philosophy and theology, Albert Schweitzer (Jeff McCarthy) became known as a musician giving organ concerts throughout Europe. After reading accounts of the inhumane treatment of African natives by white people, he decided at the age of 30 to go back to school and become a doctor. Although the Paris Missionary Society was shocked by his unconventional preaching and teaching as a minister about the historical Jesus, they agreed to honor his request to work in Africa. He and his wife Helene (Anne Torsiglieri) went to Lambarene in the country now known as Gabon in 1930. There he treated patients in a small and inadequate building.

During World War I, Schweitzer and his wife were held in France as prisoners of war because of their German ancestry. Afterwards, he taught and gave organ concerts to raise money to return to Africa to build a hospital. Schweitzer left Helene behind with their daughter and returned to work on his major project. Besides healing the sick, he preached and did whatever was necessary in the service of others. Schweitzer once said: "I don't know what your destiny will be, but one thing I know. The only ones among you who will be truly happy are those who have sought and found how to serve."

Awarded the Nobel Peace Prize in 1952, Schweitzer used the money to build a leper colony for those who were rejected by their communities. It was while traveling down the Ogowe River in 1915 that he saw a herd of hippopotamuses and embraced the ideal of "reverence for life." It enabled him to expand his circle of compassion from family, friends, and co-workers to plants, animals, and all creation.

Hats off to writer and director Martin Doblmeier for this moving tribute to an extraordinary humanitarian. DVD extras include the director's thoughts on the film, a filmmaker biography, and a short film on The Albert Schweitzer Fellowship. 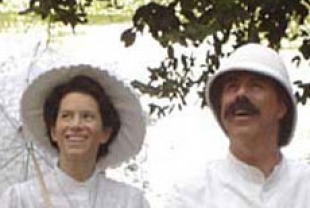 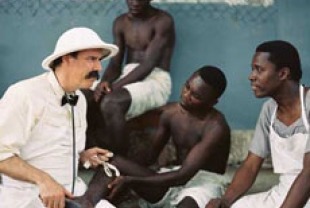 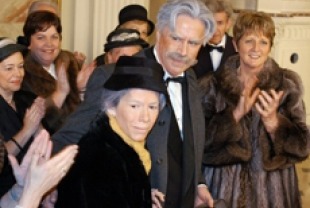