Directed by Cedric Klapisch
A visual valentine to Paris and an enchanting dramady about a group of strangers whose lives mysteriously interconnect.

In When the Cat's Away, French writer and director Cedric Klapisch showed the magical and surprising ways in which community is created in a small neighborhood in Paris. The disappearance of Chloe's cat literally opens new doors for her; her life is enriched and expanded. The city itself become a character in the story going through its own changes and transformations. The same spirit is afoot in Paris, a richly textured dramady with interlocking storylines and a large cast of characters seeking love and appreciation. Klapisch beautifully sums up the backdrop for this visual valentine to Paris:

"This is the story of a Parisian who is sick and thinks he may die. His condition makes him look at all the people he meets in a new and different way. Imagining his death suddenly gives new meaning to his life, to other peoples' lives, and to the life of the whole city. Fruit and vegetable sellers, a woman who runs a bakery, a social worker, a dancer, an architect, a homeless person, a university professor, a model, an illegal immigrant from Cameroon . . . All these very different people come together in this city and in this film. You might imagine there's nothing special about them, but for every single one of them, their life is unique. You might believe their problems don't matter, but to them, they are the most important things in the world."

Here is a delicious movie that exercises our empathy for others and helps us see the connections which link people together in ways they do not expect in the city where change is the name of the game.

When Pierre (Romain Duris), a dancer, learns that he has serious heart disease, he calls his older sister Elise (Juliette Binoche), and she moves into his small apartment with her three children. She is a social worker who daily has to deal with the sad stories of others. Now she bears her own special burden. There is an unspoken bond between Elise and Jean (Albert Dupontel), a vendor at an open-air market who is still raw from a divorce from his wife Caroline (Julie Ferrier). It takes them a while to discover what has drawn them mysteriously together.

Roland Verneuil (Fabrice Luchini) is a lonely history professor at a university who has just accepted a prestigious job narrating a history of Paris for television. He has fallen in love with Laetitia (Melanie Laurent), a beautiful student, and begins sending her erotic love letters via her telephone. Meanwhile, Roland shocks his brother Philippe (Francois Cluzet), an architect, by calling him "normal," and he tries to alienate the first therapist (Maurice Benichou) he has ever seen with outrageous statements about the profession. The two brothers have just buried their father and are grieving in their own ways. Philippe's life is turned around by the birth of his child.

Meanwhile, other characters who reside on the periphery of the story include a homeless man, a snobbish bakery owner (Karin Viard) who is having a hard time finding responsible young women to work with her, and an immigrant from Cameroon who has come to the city to connect with his brother. While all of these individuals struggle with the everyday frustrations of the city, the dying Pierre moves to a fresh appreciation for Paris and for every breath he takes in such a vast, exciting, and mysterious metropolis.

In this very appealing French film, Klapisch again makes the city an important character in the drama and enables us to see it in all of its variety. We also realize that being present in the moment is the best way to live. Equally important is savoring the abundance of all those around us whom we often take for granted.

Special features on the DVD include making of; behind the scenes of Paris; table read; discussion; and the trailer. 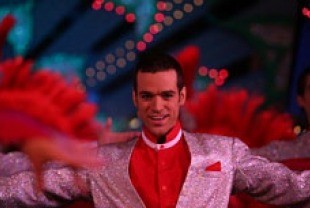 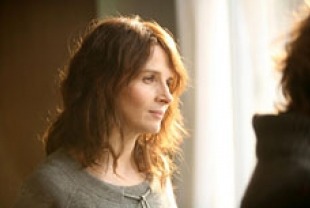