Directed by Tom Hooper
A sports profile that probes the vile dimensions of envy as an emotion that diminishes us and drains our energy.

While serving as manager in England of a mediocre football club, Brian Clough (Michael Sheen) is snubbed by Don Revie (Colm Meaney) whose Leeds team is far superior to any of its rivals. The team has a reputation for playing very aggressively and, in the minds of some more prudish fans, unfairly. Clough builds this incident into a story that he tells himself again and again until it snowballs into a seething and vituperative hatred of Revie and all he stands for. Despite being weighed down by this burden, Clough finds a sense of fulfillment and meaning working with his loyal and talented assistant Peter Taylor (Timothy Spall). Together they make the Derby County team into a winner and their boss Sam Longson (Jim Broadbent) very happy.

Clough is so successful that he is brought in to take over as manager of the Leeds team who were the reigning champions in 1974. Taylor, who lost his job on account of him, does not go along as his assistant. The rough players still idolize their old manager, Revie, which galls Clough to no end. They refuse to learn new plays or co-operate with the manager whom they view as a wimp. This disappoints and angers Clough who is obsessed with equaling or bettering his nemesis.

The Damned United is directed by Tom Hooper who draws out another standout performance from Michael Sheen who was superb in Frost/Nixon and The Queen. But the real firepower of this sports profile — which is based on the life of the real manager — is its riveting depiction of the vile dimensions of envy. Essayist Joseph Epstein has written of this emotion:

"Whatever else it is, envy is above all a great waste of mental energy. While it cannot be proved whether or not envy is part of human nature, what can be proven, I believe, is that, unleashed, envy tends to diminish all in whom it takes possession. Wherever envy comes into play, judgment is coarsened and cheapened."

While in the grip of envy, Clough's life is definitely diminished. He loses his closest friend and is drained of the energy he needs to have as a creative manager. Some are lucky and flexible enough to overcome this obsession while others remain its prisoner for the rest of their lives. 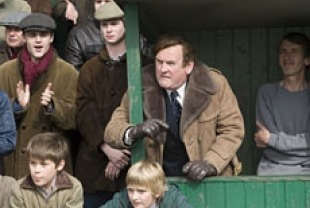 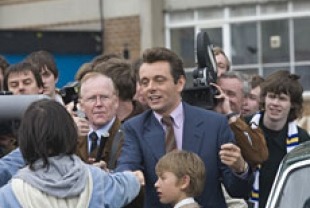