Directed by Paul Greengrass
A slam-bang thriller set in Iraq in 2003 which vividly illustrates that truth is the first casualty of war.

Hiram W. Johnson once said: "The first casualty of war is truth." And so it has been for a long, long time. But there are still those who believe in military statistics from the field, intelligence reports, and media coverage of the battles. That is the case of Roy Miller (Matt Damon), an Army Chief Warrant Officer stationed in Baghdad, Iraq, in 2003. His primary mission is to find the weapons of mass destruction (WMDs) which the U.S. government has said were stashed away by Saddam Hussein. But after taking out a sniper at a site supposed to house chemical weapons, Miller and his men again find nothing. When this pragmatic soldier complains to his superior that the Pentagon intelligence is faulty, he is ordered to stifle it.

In sharp contrast to Miller's dismay over wasting his time is the positive spin put on the American presence in Iraq by Clark Poundstone (Greg Kinnear), a Defense intelligence agent, who is busy cleaning up the messes surrounding the shock and awe bombardment in the initial days of the invasion. For months, he has secretly been feeding information to Wall Street Journal reporter Lawrie Dayne (Amy Ryan) given to the government by a confidential source called "Magellan." Martin Brown (Brendan Gleeson), a seasoned CIA operative, is convinced that Washington is making one mistake after another in its attempt to orchestrate a turnaround in Iraq to a democracy. When Miller is led to a secret meeting of Saddam supporters thanks to a tip from Freddy (Khalid Abdalla), an Iraqi, he gains access to an important Iraqi general's notebook containing invaluable information. Obsessed with finding out the truth about the MWDs and the identity of Magellan, Miller decides to hook up with Brown in order to fulfill his quest.

Director Paul Greengrass, as he did with Bloody Sunday (2002) and United 93 (2006) puts us right in the middle of the action with handheld camera work and fast-paced action sequences. Matt Damon is credible as the gung-ho soldier whose search for the truth about the WMDs leads him off the reservation and into strange territory where he sees torture being applied to Iraqi prisoners and rampant blood-spilling by a Special Forces unit under Lt. Col Briggs (Jason Isaacs) that does Poundstone's dirty work.

Perhaps the character most easy to emphathize with in this tense drama is Freddy, who becomes Miller's interpreter. At one point, he expresses his sadness and anger not only at the mess Saddam made out of his country but also at the arrogance of the Americans who believe they can remake Iraq in their own image.

Special features on the DVD include deleted scenes; "Matt Damon: Ready for Action"; "Inside the Green Zone"; and a feature commentary with Matt Damon and director Paul Greengrass. 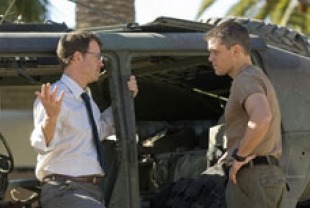 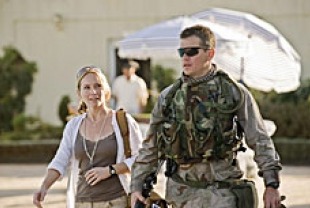 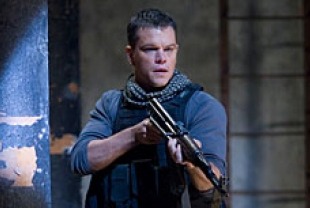