Directed by Jessica Oreck
A fascinating documentary about the high regard for insects in Japan and the cultural and spiritual reasons behind this phenomenon.

In Lewis Carroll's Through a Looking Glass, a gnat inquires of the little girl, "What sort of insects do you rejoice in where you come from?" Puzzled by the question, Alice replies, "I don't rejoice in insects at all."

She speaks the truth for most people in the Western world where these creatures are scorned, hated, and even feared. It's easy to tally up all the negative feelings we have for insects and the resulting lack of kinship, empathy, or compassion we feel for them. Thanks to movies, comic books, and pesticide manufacturers, we think of insects as enemies who want to take over the world and dominate us. Trying to get rid of them, we further contaminate our environment with chemicals promoted with the slogan "The only good bug is a dead bug." The unending war we are waging on insects has created a nearly four billion dollar business. Perhaps it is time to consider another perspective which is more open-minded, kind, and spiritual.

Jessica Oreck's fascinating documentary Beetle Queen Conquers Tokyo gives us another way to relate to insects. She presents a multidimensional portrait of Japan's love affair with bugs. She is an animal keeper and docent at the American Museum of Natural History in New York City. This is her first feature film, and it is sure to stir your sense of wonder.

In the opening scene, a young boy is in a store trying to get his father to help him purchase a rainbow beetle as a pet. The cost is $57 and we suddenly realize that we are in a world where insects are not seen as enemies but as friends to be cherished. Since these creatures are sold in little packages in vending machines, department stores, and even fruit markets, there is always a large demand for fresh insects. We follow the adventures of an enterprising fellow who goes through forests and captures them from trees and from the ground. He is very efficient in his job and also able to be swept away by wonder for new and strange insects that he finds by chance. One fellow praises the singing of crickets in his home. Japanese kids are entranced by MushiKing, one of the country's most popular video games; its about a beetle.

Oreck gives some of the reasons why the Japanese are so attuned to the insect world. She points to the ideal of mono o aware, defined as a deep respect for the beauty and the fleetingness of life which can be seen and experienced in the mundane. There is also the widespread love of haiku, short poems that capture moments in time, including many that focus on elements of the natural world. A third factor is Shintoism, the religious perspective which sees spirits in all creation including insects. Finally, there is a the revival of interest in taking care of the environment in a country where so many people are cut off from nature and animals by their busy lives in cities.

In an interview Dr. Takeshi Yoro, a Japanese entomologist and philosopher, says that we can learn a lot if we open ourselves to seeing insects as teachers. Years ago, Black Elk, in his way of seeing the great unity of all creation, said: "One should pay attention to even the smallest of crawling creatures, for these to may have a valuable lesson to teach us." Let's hope that many who watch this documentary will be moved to see insects in a different light and be able to open their hearts to these fellow inhabitants of the Earth.

Special features on the DVD include three deleted scenes with the well-known philosopher Dr. Takeshi Yoro; and a booklet with exclusive photographs and text by Director Jessica Oreck. 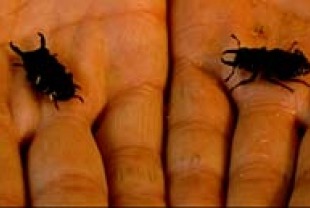 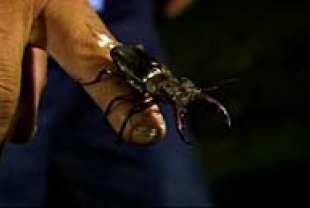 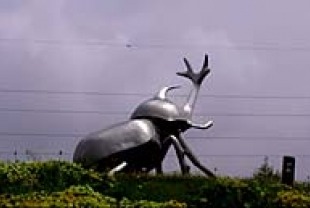 The Voice of the Infinite in the Small: Re-Visioning the Insect-Human Connection