Directed by Alejandro Amenabar
This fascinating tale transports us to a place we've never been before and impresses us with the importance of hospitality and openness to the other.

Alejandro Amenabar's compelling first feature since the incredible The Sea Inside sweeps us into the fourth century city of Alexandria in North Africa, named after the legendary Alexander the Great. It was a melting pot attracting people from all corners of the world, known for its diversity, its lighthouse as a port city on the Mediterranean, and its incredible Library containing all the knowledge of the world. With ambitions as bold as Avatar, Agora transports us to a time and a place that has not been covered in films before. Yet the substantive themes it covers — religious conflict, fundamentalism, the mysteries of science, the fear of "the other," the violence that ensues when people live in fear and prejudice, and the difficulty of respecting diversity — are as relevant today as they were in the fourth century. Amenabar has fashioned a masterful work of cinema that takes us where we've never been before and at the same time reminds us of the desperate need in our times for a re-emphasis on the spiritual practices of openness and hospitality.

Hypatia (Rachel Weisz) is the daughter of Theon (Michael Lonsdale), head of the city's famous Library. They both are dedicated to preserving the wisdom of the ancient world. She is part the nobility of Alexandria and is admired for her brilliance as a philosopher; humanism is her creed. In her research, she is trying to figure out the trajectory of the moon, the sun, and the stars in relationship to Earth. She treasures her personal independence and the freedom she possesses as a teacher of an elite class of students.

Hypatia's beauty and her brilliance make her very attractive to three lovesick students. First there is Oreste (Oscar Isaac), a handsome young man known as a womanizer. He is quite bright, self-confident, and a born leader. When he publicly declares his love for Hypatia, she takes a while to respond; then before the rest of the class, she gives him a handkerchief stained with blood from her menstrual cycle. He gets the message that she is wedded to science. Synesius (Rupert Evans) is another impressive student who has become a Christian. He is glad to hear Hypatia defend the rights of all religions and the unity that ties all human beings together no matter what their beliefs.

Davus (Max Minghella) is a slave in Theon's household but also an avid student in his own right. He is infatuated with Hypatia and takes every opportunity he can to be in her presence. But, of course, the barrier between them is too great to overcome. This young man lives in a twilight zone where he is not accepted by the rich Greeks and Romans nor as part of the burgeoning Christian movement in the city. When he does convert to the new religion, he does so only because he yearns for a community where he can be a leader.

Davus is taken under the wings of Ammonius (Ashraf Barhom), a charismatic Christian zealot who is one of the leaders of the Parabolani who feed the hungry and shelter the poor and the rejected. But this band of zealots also sees it as their mission to crush those who do not believe as they do. This makes them fierce enemies of their Roman rulers whom they call Pagans.

The final character of note is Cyril (Sammy Samir), the Christian Bishop of Alexandria, who sees his power in the city increase as the number of converts to Christianity grows by leaps and bounds. When the Christians openly scorn the Pagans' gods, the authorities decide to fight back. But they are quickly overwhelmed by a huge crowd of armed Christians led by the Parabolani. In one of the most dramatic scenes of the film, the mob of angry believers storm the Library and destroy the all the statues and burn all the books. Hypatia and her friends manage to save only a few of the priceless manuscripts. Cyril also hates the Jews, considering them to be the killers of Jesus Christ. He foments a massacre of men, women, and children and then drives the rest of them out of the city.

Although Agora transports us to a fascinating world of the past that most of us are unfamiliar with, the same prejudices and violence that rock Alexandria are present in our world today. Alexandria's Christian fundamentalists could not coexist with the Pagans, just as fundamentalists of all stripes today want to eliminate people who do not believe as they do. Often, as in Alexandria, today's zealots claim they are only defending themselves from more powerful forces. But the violence and destruction promoted by the Parabolani has no resemblance to the nonviolence recommended so vividly by Jesus to his followers.

Agora is a multileveled portrait of zeal. Hypatia's zeal for learning positions her in the highest ranks of her society, but it also blinds her to the real dangers she faces from those who see science and humanism as a threat to faith. The Christians' passion to establish their new faith turns into a campaign to silence all others. To this day, the dark side of zeal is evident in those who turn from the ideal of diversity and try to stifle a plurality of voices in the marketplace, schools, and religious centers.

Agora is one of the best films of 2010 with its impressive mix of rich thematic material, fascinating characters, and an astonishing performance by Rachel Weisz as Hypatia. 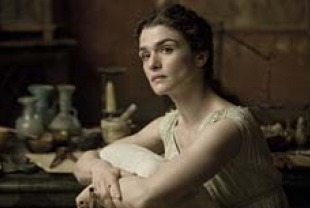 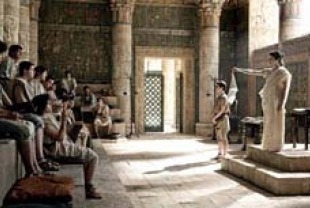 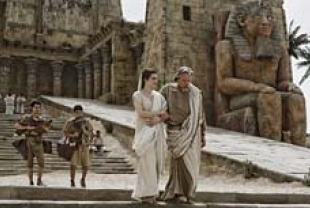 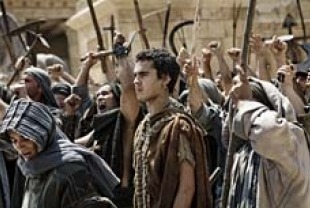 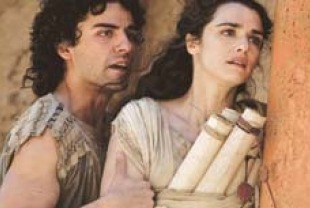