South of the Border

Directed by Oliver Stone
Oliver Stone's interviews with seven Central and South American leaders whose personalities and programs have been vilified by the U.S. media.

Positive news stories about political and cultural developments in Central and South America are few and far between. On the other hand, Fox News, CNN, and other media outlets have been unrelenting in their depiction of Venezuela's President Hugo Chavez as a scoundrel who is fiercely anti-American. In this documentary, controversial filmmaker Oliver Stone travels this region of the world, sometimes characterized as America's neglected "backyard."

His main focus is on Hugo Chavez who has inspired other leaders in the area to free themselves from the rigid political and economic control of the United States and the International Monetary Fund. Stone says of Chavez: "I kept hearing he was a dictator, a bad guy, and a menace. But I found him to be an extremely charismatic, dynamic figure." In three days of interviews, the Venezuelan leader talks about his relationship with the U.S., his democratic election in 1998, and the forces that tried to bring him down in the 2002 coup d'etat. Chavez has endured and brought about changes which have benefited those who live in rural areas and in urban housing projects.

There are six other interviews with presidents of Central and South American countries. Evo Morales of Bolivia has fought against water privatization and U.S. drug eradication efforts. In Buenos Aires, Stone chats with Cristina Kirchner, the president of Argentina, and her husband Nesto Kirchner who gives his opinions on the International Monetary Fund and the shabby treatment of the poor in many Latin American countries. Fernando Lugo of Paraguay, Rafael Correa of Ecuador; and Raul Castro of Cuba are also interviewed.

It is inspiring to see how these leaders have stayed in power despite withering attacks by the media in their own countries. The changes and new directions promised for the poor and the dispossessed in the last U.S. Presidential election by the Democratic candidate have not yet materialized; many of these transformations have taken place in countries South of the Border.

Special features include featurettes "Behind the Scenes of the South"; "American Promotional Tour"; Oliver Stone on BBC Hard Talk; "The Devil's Advocate"; an interview between; Oliver Stone and Hugo Chávez; "Changes in Venezuela"; and outtakes. 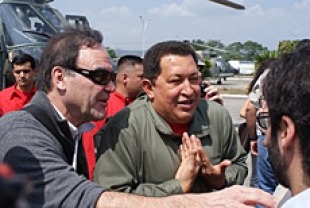 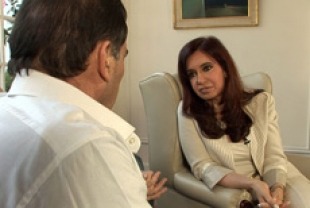 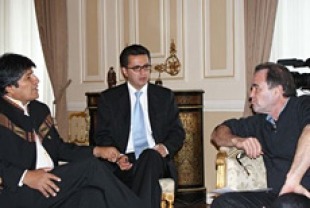