Directed by Rob Reiner
An endearing coming-of-age love story about a boy and girl from the age of seven through thirteen.

Director Rob Reiner has explored the different shades of love in When Harry Met Sally, The American President, and The Princess Bride. In this delightful coming-of-age film, he follows a boy and girl from age 7 to age 13 to explore the obsessions and frustrations of first love. Reiner alternates perspectives so we can see both the male and the female telling of events they have both experienced. Flipped is adapted from a novel by award-winning author Wendelin Van Draanen. The director has co-written the screenplay with Andrew Scheinman. The result is a heart-affecting drama that brings to mind the warm and evocative exploration of childhood pioneered in the television series The Wonder Years.

On the day Bryce (Ryan Ketzner), a second-grader, arrives in an American suburb, Juli (Morgan Lily) goes gaga over him: "It was those eyes. Something in those dazzling eyes." But from the moment he meets this unusual little girl, he is frightened by her intensity and emotional honesty. When Juli goes on to win the science fair at school, he is peeved and a bit jealous. She keeps bothering him through the years, and he wants nothing to do with her.

Teenage Juli (Madeline Carroll) keeps testing Bryce (Callan McAuliffe), desperately hoping that he will live up to her standards, but he keeps failing the tests. Whereas she loves to climb high in a tree and take in the big picture, he won't join her. When she refuses to leave a beloved sycamore tree that is about to be chopped down, Bryce isn't at all interested in her ethical stand.

This shallow boy picks up some of his moral blindness from his bitter father (Anthony Edwards) who is a snob in regard to Juli's family. He criticizes their inability to take care of their front yard, and when Bryce makes a critical comment on the subject, she decides to fix it up. This leads Bryce's grandfather (John Mahoney) to give her a helping hand. Juli's spunk and free-spiritedness reminds him of his deceased wife. He says of this industrious girl "Some of us get dipped in flat, some in satin, some in gloss. But every once in awhile you find someone who's iridescent, and when you do, nothing will ever compare." But his insight doesn't register with Bryce.

Juli has picked up some of her free-spiritedness from her father (Aidan Quinn), a bricklayer who likes to paint landscapes. He and his wife (Penelope Ann Miller) have made a decision to rent a house rather than buy one so they can support his institutionalized mentally disabled brother (Kevin Weisman).

When Bryce's mother (Rebecca De Mornay) decides to invite Juli and her family over for dinner, her husband is quite dismayed. By this time, Bryce has come to see that there is something very special about his feisty next-door neighbor. However, after the years of slights and humiliations from the boy she adores, Juli has given up her enchantment with Bryce, opting to cut herself off from him. Can he find a loving way to win back her heart?

In an interview, Rob Reiner has stated: "In some ways I see Flipped as a companion piece to Stand By Me which was about bonding and friendship among boys who were 12 and13, and this one which is about friendship and first romance with kids in that same age range. It just looks at a different part of growing up." The challenges of growing up develop character in boys and girls. It is a real pleasure to watch Juli's blooming as she runs up against Bryce's male insensitivity. It only proves once again how much work remains to be done to increase the emotional intelligence of males. We also enjoyed this coming-of-age story's emphasis on the little things that can play such an important role in our lives: a science fair project, a tree that is to be chopped down, and the skills learned in raising chickens or landscaping a front yard. Madeline Carroll as Juli vividly captures and conveys her "iridescent" quality and makes her character into an endearing and loving young woman. 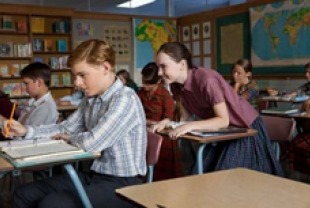 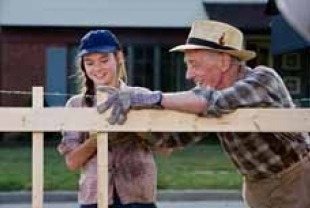 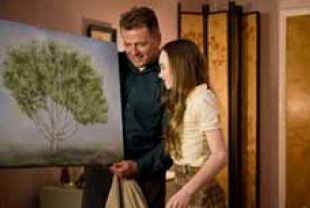 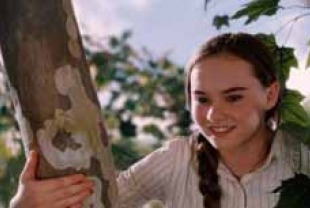 PG - language and some thematic material