Directed by Randall Wallace
A family film about the greatest race horse who ever lived and his feisty, tough, and creative owner.

Secretariat is considered by most experts to be the greatest thoroughbred race horse who ever lived. His monumental feat of winning the Triple Crown (The Kentucky Derby, Preakness, and Belmont Stakes) has only been achieved by 11 horses since they started recording statistics in 1919, and only by two horses since Secretariat in 1993. Big Red, as he was called, combined the unbeatable qualities of speed and stamina; in addition, he was a fierce competitor with a big heart. Secretariat, directed by Randall Wallace, is based on a true story of this phenomenal horse and those who were blessed to be around him.

Penny Chenery (Diane Lane) is a suburban mother married to a lawyer and living a very normal life in Arizona. But all that changes when her mother dies, leaving her aged and sickly father (Scott Glenn) in charge of The Meadow, the family farm in Kentucky. When he dies, her brother Jack (Dylan Walsh) wants to sell the place along with the horses bred and raised there. But Penny wants to see what happens to the two foals due, sired by speed horse Bold Ruler. At a coin toss with one of the richest men in America (James Cromwell), she gets the colt she wants. She is determined to see how he fares at the races. After her father's death, she is able to stave off a new effort by her brother to sell the farm, producing a document that gives her control over the horses.

Penny begins to spend more time away from her family, much to her husband's dismay. She finds an incredible ally in Elizabeth Hamm (Margo Martindale), her father’s secretary. Penny shocks the racing community by hiring the eccentric Lucien Laurin (John Malkovich) as her trainer and Ron Turcotte (Otto Thorwarth) as her jockey. Perhaps the most important member of the Secretariat team is Eddie Sweat (Nelsan Ellis), the African-American groom who is the horse's loving and warm-hearted caretaker.

This film contains many magic moments, including Secretariat’s love of attention and his special relationship with Penny. The suspense of the race scenes is heightened (even when you know who wins) by Big Red's habit of running last and making up ground in the final moments. We worry about his loss in the Wood Memorial, which turns out to be due to a mouth abscess, and marvel at his duels with Sham in the Derby and the Preakness. But it is Secretariat's most glorious achievement that caps the film — his winning Belmont by 31 lengths.

Throughout the movie, we hear snippets of Penny's philosophy, a legacy from her father: "Win if you can and live with it if you can't." "You never know how far you can go unless you run." Here's another thought on racing from human track star Carl Lewis: "Get out of the blocks, run your race, stay relaxed. If you run your race, you’ll win. Channel your energy. Focus." Good advice, and as this family film vividly shows, it was adopted not only by the great Secretariat but also by his feisty, tough, and creative owner Penny Chenery.

Special features on the DVD include a feature "Heart of A Champion," which takes a look at one of the most famous thoroughbred horses ever known; deleted scenes with optional audio commentary by director Randall Wallace; an introduction by director Wallace; "Memories"; "Seth Joins the Team"; "Too Soon To Celebrate"; and a music video: AJ Michalka "It's Who You Are." 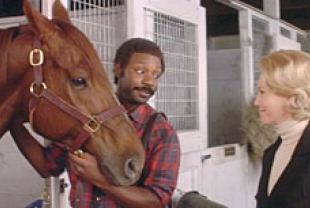 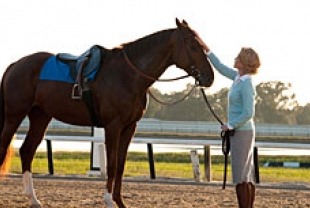 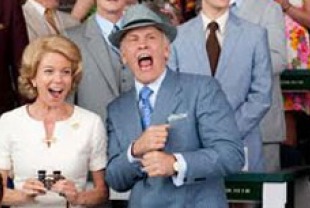 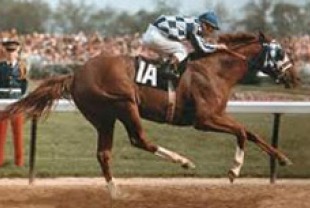