This brave and illuminating documentary directed, written, and edited by Julia Bacha focuses on a 2003 nonviolent protest movement launched in a small Palestinian town to resist the construction of Israel's Separation Barrier throughout 300 acres of olive fields, the local cemetery, and within close proximity to the school. The protest is led by Ayed Morrar, who organizes the first "Popular Committee Against the Wall" by rousing his neighbors from their collective stupor to stand up for their land and their rights: "Either we call it fate and give up like we usually do, saying: 'This is the will of God.' Or we consider it an injustice that must be faced and challenged," he says. Having served more than six years in Israeli prisons, he has passed on his fighting spirit to Iltezam, his 15-year-old daughter, who along with other women and girls in Budrus joins the demonstrations. At one point, Iltezam courageously jumps into a hole in front of a bulldozer that is uprooting the trees — trees that many of these Palestinians see as members of their families.

Bacha tries to give a balanced picture of this struggle by including the comments of Dorian Spielman, a spokesperson for the Israeli Army, who admits that the building of the Separation Barrier on Palestinian land is unfortunate but "is less fortunate than the death of an Israeli citizen." Yasmine Levi, a squad commander in the border police, shares her perspective on the difficult task of building the Barrier and protecting Israeli interests. As the demonstrations led by Morrar continue, he is emboldened by the large and enthusiastic involvement of Israeli activists who support his cause and are angered by the injustices committed against the Palestinian people. Many scenes in the documentary chart how hard it is to practice nonviolence in a setting where so much is at stake and feelings run so deep and strong. Nonetheless, it is very gratifying to see how well the collaboration between the Israeli leftists and the citizens of Budrus worked. Morrar and his daughter both come across as gifted and authentic populist leaders able inspire their friends and neighbors and make a case to the world for Palestinian freedom.

Special features on the DVD include a Q & A with the director Julia Bacha; the Checkpoints Award; and "What's Your Calling?" 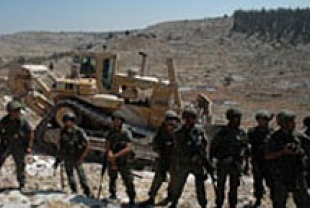 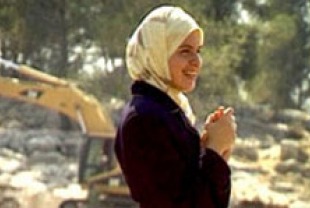 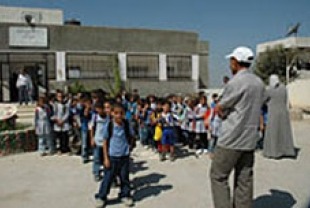 A statement by Julia Bacha, director of Budrus