Directed by J. C. Chandor
Drama about a catastrophe in 2008 as high-ranking members of a prosperous financial firm deal with its imminent collapse.

A parade of suits walk methodically into the skyscraper offices of a prosperous Wall Street financial firm with a mission to fulfill. They are going to fire a large number of people. One of the first to go is Eric Dale (Stanley Tucci), a risk analyst who has found something strange in the company's records. While being escorted out of the building with his box of personal possessions he tells Peter Sullivan (Zachary Quinto) to check it out and be careful. This entry level analyst has a knack for figures and is shocked by what he finds in the report: figures that indicate the imminent downfall of the firm.

Peter orders his co-worker Seth (Penn Badgley) back to the office. They contact Will Emerson (Paul Bettany), a head trader who earns two million dollars a year. He is a cynical man who loves the game and looks down his nose at the ordinary investors in the Stock Market who are just gamblers getting what they deserve.

Will and the others all work under Sam Rogers (Kevin Spacey), an executive who has been with the firm for 34 years. He has seen a lot but when he takes in the crisis which may wipe out all the firm's assets, he experiences a heightened sense of shock and dismay over the shortsightedness and misplaced priorities that brought on this meltdown. On a personal note, Sam is deeply distressed by the death of his beloved dog whom he has to bury.

J. C. Chandor is the writer and director of Margin Call, a riveting drama about the disaster facing a ruthless and successful leader in the high-stakes world of the financial industry. He has no interest in a diatribe against these amoral wheeler dealers or a condemnation of their unethical practices which destroyed the lives and future dreams of millions of Americans. Chandor tries to convey Sam's soul-searching during on this long night's journey into darkness and dread. Others called into the late-night meetings to search for a method of damage control are Jared Cohen (Simon Baker), an incompetent top-executive, and two number crunchers (Demi Moore, Aasif Mandvi). But all of these financial wizards are silenced by the awesome arrival of John Tuld (Jeremy Irons), the CEO reputedy to have been paid a salary of $86 million dollars. He arrives by helicopter and zeroes in on Peter's report. Tuld is a ruthless capitalist and corporate survivor and Sam at first opposes his plan to avoid the disaster. But money has a way of silencing conscience and the impulse to do the right thing. The same goes for Eric Dale who capitulates to the firm out of fear.

Margin Call is not a pretty picture of the financial wheeler dealers who reside high above the streets in skyscrapers insulated from the harm their decisions and muck-ups bring into the lives of common people.

Special features on the DVD include: a director and producer feature commentary; "Revolving Door": Making a Margin Call; "Missed Calls": moments with cast and crew; "From the Deck": a photo gallery ; and deleted scenes with optional commentary. 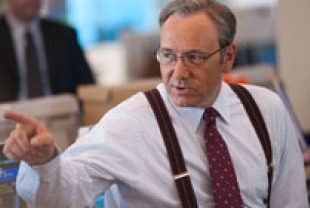 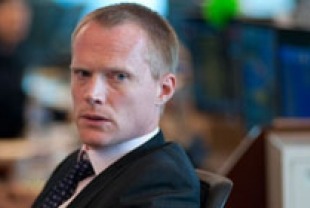 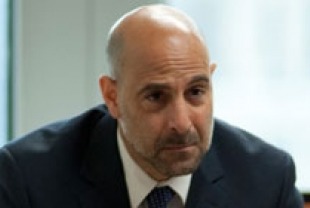 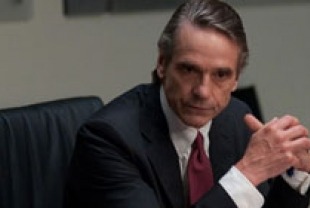