Directed by Vera Farmiga
A spiritual drama that challenges viewers to map their own journey of faith, asking questions, and seeking a closer connection with God.

Kathleen (Donna Murphy) and CW Walker (John Hawkes) are raising their two daughters on a farm in the Midwest. Their marriage runs on two currents: sexuality and heated battles. But the precious energy is depleted from their relationship when their baby dies and CW turns to drinking. Somewhat mystified by the actions of her parents, Corrine (McKenzie Turner) attends Vacation Bible School. She becomes a born-again believer after listening to an altar call by a slick fundamentalist preacher. But still too young and insecure to act on her new faith, she continues to partake in the joys of reading books way beyond her age level.

By the time Corrine (Taissa Farmiga) is in high school, she has a way with words and is a poet. That is what attracts the interest of Ethan (Boyd Holbrook), a singer and songwriter in a local band called The Renegades. He convinces her to help him write the lyrics to a new song, and she is gratified by the offer. Corrine is more pleased seeing him premier the ballad before an enthusiastic crowd than she is during their first act of intercourse. Wanting to escape from her parents' increasingly frequent battles, she marries Ethan. Soon their daughter Abby is born.

When the baby is miraculously saved in an accident, Ethan takes it as a sign that God has a mission for them to fulfill. They decide to join a tightly-knit house church of evangelical Christians led by Pastor Bud (John Irwin). Members of the community have centered their lives around Jesus Christ, Bible study, and a devotional life animated by folk and pop songs.

During the 1960s, young people of the counterculture are reshaping American values but very little of their impact is felt by Corrine (Vera Farmiga), Ethan (Joshua Leonard), and their expanding family. They do offer their home as a refuge for Corrine's drug-addict sister Wendy (Nina Arianda) who refuses to be saved by the Lord. Then there is Annika (Dagmara Dominczyk), the most free-spirited, outrageous, and sexual member of their house church. She and Corrine become best friends. Perhaps a better term would be "soul friends," since they are able to share with each other their most private feelings and fantasies. When Annika is taken over by the Spirit and speaks in tongues, Corrine is mesmerized and yearns to receive this gift herself. But no matter how she tries, it is not meant to be.

Seeds of doubt begin to sprout in Corrine's faith. She is reprimanded by the minister's officious wife who orders her not to talk so much and leave the preaching to the men. Another time, she criticizes her for wearing a seductive dress. But these are minor chinks in comparison to a tragedy that floors her belief in God and in the traditional prayers and homilies of Pastor Bud and the rest of the community. Through all of this, Ethan is aggravated by Corrine's seeming indifference to his piety and dogmatic firmness. Unable to hold back his feeling, he explodes in a rage after his wife lists the reasons she no longer feels anything for him. In a last ditch attempt, they see a Christian marriage counselor who damns Corrine to Hell for "worshipping at the altar of yourself."

In her directing debut, actress Vera Farmiga (Up in the Air, The Departed) has pulled off one of the most difficult tasks of all: presenting a realistic, nonjudgmental, and soul-stirring account of a conservative religious woman's spiritual journey over a 20-year period. The last person to approximate such a rare feat was Robert Duvall with his indie film The Apostle, a highly engaging drama about the fall and redemption of a Pentecostal preacher from Texas.

Higher Ground is based on a memoir by Carolyn Briggs, This Dark World: A Memoir of Salvation Found and Lost. It has been beautifully adapted to the screen with chapter heads such as "Summons," "Renegade," "Wilderness," "Prophet" that mark periods in Corrine's journey of faith. With grace and sensitivity, the screenplay by Briggs and Tim Metcalfe does not slight or underplay the fear of the Devil and the Fires of Hell, the judgmentalism, the emphasis on Biblical literalism, and the chauvinism of the fundamentalist community. But they also convey the church members' reliance on each other in times of need, the devotional bounties of music as it soothes the soul and expresses the heart, and the peace of mind that comes with a faith that offers safety, security, and certainty.

Many people will identify with Corrine as a seeker, as a meaning maker, as a person yearning for connection with God, as a smart person and a reader not willing to check her intelligence at the church door, as a woman blessed with a soul friend, and as a woman disappointed in the lack of intimacy in her marriage. Here is a substantive spiritual film that encourages the viewer to map his or her own journey of faith from childhood to adulthood asking questions, entertaining doubts, rejoicing in epiphanies, assessing community, and walking the talk of faith. It also gives all filmgoers an opportunity to probe the four essential aspects of love in our lives: unconditional love, romantic love, love of family and friends, and fond affection.

In a director's statement for the press, Farmiga writes:

"The film asks: is it possible for faith and doubt to coexist? What is a healthy soul? What holds us back from inner growth? Christianity is the 'location' of the film, not the subject, concern, or issue. The film could have been set just as easily in a variety of faiths or cultures. I have a deep respect for all religions; I'm most familiar with Christianity. I did not want to make a film about the rights and wrongs of religion. I wanted to be reverent and respectful, and I did not want to infect the story with bias. It is about those moments in life where you lose sight of who you are, what you believe, and where you are going. Those moments of stumbling. The film is about finding your footing, finding higher ground."

Special features on the Two-Disc Blu-ray/DVD Combo include: a commentary with director Vera Farmiga, writer Joshua Leonard, and producer Renn Hawkey; "The Substance of Things Hoped for: Making Higher Ground"; a production diary; "Toe Sucking"; "Meeting of the Men"; and "Grave." 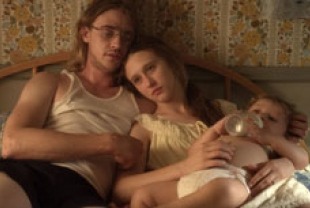 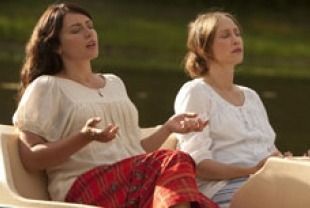 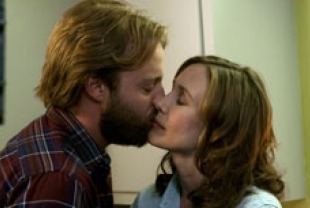