Directed by Charles Martin Smith
A heart-affecting drama about the loving relationship between a lonely boy and a badly injured dolphin and the community that supports them.

Anyone who has lived with animals on a day-by-day basis knows that they have souls. There is a vibrancy in their eyes and in their playful movements that reflects inner beauty and sparks of the Divine. Indigenous peoples have seen animals as messengers and spiritual companions, a primal connection sought by many other people today. Research has documented that pets can be healers, helping to lower a person's blood pressure and reduce stress. They are emotional healers as well, helping children, nursing home patients, and prisoners cope with life's challenges. Dolphin Tale is a heart-affecting movie, based on a true story, about the mutually healing relationship between a lonely and alienated boy and a badly injured dolphin.

Sawyer (Nathan Gamble) is an eleven-year-old Floridian who has cut himself off from others, including his mother Lorraine (Ashley Judd), after his father left them. He is close to his cousin Kyle (Austin Stowell), a champion swimmer in high school, but he is about to be deployed overseas with the Army. The only thing Sawyer likes to do is build models in his dad's abandoned workshop.

Everything in his depressed life turns around when he finds a beached dolphin whose tale has become entangled in a large crab trap. As Sawyer tries to cut her free, he and the wild animal seem to establish a special connection. Severely injured with the circulation cut off to her tail, the dolphin is taken to Clearwater Marine Hospital and put under the care of Dr. Clay Haskett (Harry Connick, Jr.), a marine biologist who runs the facility and is assisted by his lively daughter Hazel (Cozi Zuehlsdorff). She immediately befriends Sawyer when he comes looking for the dolphin, who has been named Winter. In a very touching and credible way, Sawyer breaks out of his funk and allows his nurturing instinct to come to the fore as he joins the good Doctor and others working on Winter's rehabilitation.

In order to keep her alive, the dolphin's severely infected tail has to be amputated. She learns to swim by wiggling side to side, but this action will eventually damage her spine. Dr. Cameron McCarthy (Morgan Freeman) who works at a nearby V.A. hospital, decides to take on the challenge of creating a prosthetic tail for Winter so she can swim naturally. It proves to be a difficult undertaking as Winter rejects several models. To make matters worse, Kyle returns from war with a debilitating injury. Then the Clearwater Marine Hospital is damaged in a hurricane and faces closure. All of these pressures weigh heavily on young Sawyer's shoulders.

Charles Martin Smith, who starred in the animal friendly film Never Cry Wolf, directs Dolphin Tale and makes the most out of the wonderful bond between Winter and Sawyer. The two bring out the best in each other. Sawyer comes out of his shell and regains his enthusiasm and playful spirit. Winter benefits from his persistence and determination to never give up. Both of them become an inspiration to the people around them, including Dr. Haskett, Kyle, and a little girl with only one leg, who recognizes that Winter is just like her.

Documentary footage during the closing credits show what a huge following the real Winter has among people with disabilities, who are seen visiting her at the Clearwater Marine Aquarium. This is one of the best family films of the year. It will touch your heart, encourage you not to give up on the those who are important to you, and make you feel better to know about people who truly care about our animal companions.

Special features on the Blu-Ray/DVD combo include: "The Hutash Rainbow Bridge": an animated short about the legend of Rainbow Bridge, narrated by Harry Connick, Jr.; "At home with Winter": a behind-the-scenes look at the real Winter's home at the Clearwater Marine Aquarium in Florida; Dolphin Tale: spotlight on a scene: see how the filmmakers combined amazing underwater 3D footage with stunning visual effects to create the opening sequence; "Winter's Inspiration": the true story of the real Winter's rescue and how the advances made in creating her prosthetic tail have helped human amputees; "Ormie and the Cookie Jar: Pig see cookie, pig want cookie": meet lovably persistent pig Ormie in this original animated short; and an additional scene and gag reel. 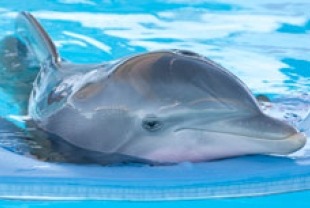 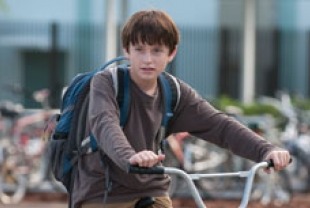 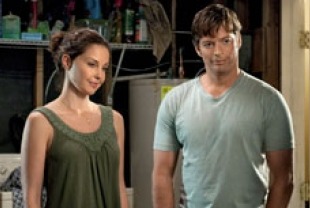 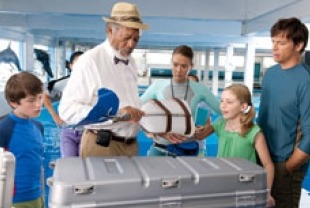 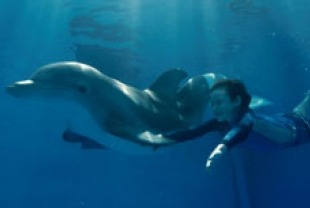