Directed by Steven Spielberg
A spellbinding drama about a heroic horse, the young man who loves him and the hell endured on the battlefields of World War I.

Over 8 million horses were killed on all sides during World War I. When the conflagration began, both Germany and Britain had a cavalry of more than 100,000 men. But none of the countries involved in this war could see that trench warfare would spell the end of the cavalry charge. Machine guns, tanks, and barbed wire sent horses into a more ignominious job: they were required to pull heavy weapons, materials, and vehicles to the front. Straining under the burdens, laboring long hours, thousands of horses became emaciated, broke down, and died painful and unnatural deaths.

Why bring up these gruesome details? We believe it is imperative that parents know that there are a handful of gruesome scenes in Steven Spielberg's poignant screen adaptation of the 1982 novel for children by Michael Morpurgo. They take place during action set in World War I after Joey, a half-thoroughbred from Ireland, is sent to Europe to endure a hellish existence of pain and suffering. This courageous and resilient animal with a big heart is the true hero of the drama. There are many scenes in The War Horse which will bring tears to your eyes, thanks to the genuine feelings of love, compassion, and kindness which Joey elicits in his many handlers in war and in peace.

Albert (Jeremy Irvine) is a 16-year-old farm boy whose alcoholic father (Peter Mullan) irresponsibly purchases a half-thoroughbred at an auction to snub his landlord (David Thewlis) in the community. Albert names this new member of the poor family Joey. Even though this breed of horse is meant to run freely in green fields and is considered too fragile for field work, Albert is forced to use him to plow their rocky land. His mother (Emily Watson) is happy to see how her sensitive son bonds with Joey who becomes the center of his life. The horse responds to him in a loving way as well. But due to bad luck, the boy's father is forced to sell Joey to the British cavalry at the outbreak of World War I.

Sent to France to join the battle against the Germans, Joey's first handler is a kind-hearted cavalry captain (Tom Hiddleston) who promises Albert that he will take good care of the horse the boy has nurtured with such tenderness. After a deadly battle in which hundreds of horses and their riders are killed, Joey becomes an ambulance puller. He and a black stallion, Topthorn, who has become his companion, escape another battle and find refuge with a little girl who is lonely and yearning for some adventure in her isolated life. But the horses are discovered and taken by the Germans. A soldier tries his best to look after them when they are forced to pull heavy artillery up a hill. In an incredible scene where Joey is cornered by some aggressive Germans in a tank, he leaps on top of the vehicle and jumps to safety. Later, in a desperate moment of need, the horse is ministered to in a no man's land between the opposing trenches by a brave Scottish soldier and a German soldier. Not too far away is Albert who has enlisted with the sole purpose of finding his beloved horse.

Steven Spielberg's cinematic magic is restored with this spellbinding drama about a heroic and big hearted horse, the boy who becomes a young man and still loves him, and the kind handlers who help the stead endure the hardships and pain he suffers on the battlefields of World War I. Spielberg and screenwriters Lee Hall and Richard Curtis populate this emotionally-rich movie with people we can care about who are put in positions of poverty, cruelty, danger, and death. Joey becomes a healing force, good medicine for their souls with his beauty, speed, and keen responsiveness to human feelings of care and compassion. As he did with Saving Private Ryan, Spielberg conveys both the nightmare of war and the tiny moments of humanity when soldiers put away their violence and share something sweet and precious together — even with the enemy.

It is these triumphs that make War Horse one of the best films of 2011. Just make sure you turn away from the screen when Joey and Topthorn are put in positions of jeopardy.

Special features on the Two-Disc Blu-ray/DVD Combo include: " War Horse: The Journey Home — Discover how this Extraordinary Film came to the Screen with director Steven Spielberg, the production team, and the cast"; "An Extra's Point of View — Experience the Shoot from the Perspective of a 'Background Artist' "; and "War Horse — The Look — Explore the Stunning World of War Horse with its Creative Team."

A Practice and a Prayer Suggested by War Horse

Tonglen meditation practice means "taking in and sending out." The full practice is explained here. In Start Where You Are, Tibetan Buddhism teacher Pema Chodron describes it as a way to widen our circle of compassion. She tells a story about her own teacher:

"When he was eight years old, Trungpa Rinpoche saw a whimpering puppy being stoned to death by a laughing, jeering crowd. He said that after that, doing tonglen practice was straightforward for him: all he had to do was think of that dog and his heart would start to open instantly. There was nothing complicated about it. He would have done anything to breathe in the suffering of that animal and to breathe out relief. So the idea is to start with something like that, something that activates your heart."

We thought of this story after seeing War Horse because there are several scenes in the film that could serve as tonglen triggers for us. They are that powerful. And they are that universal. Animals suffer wherever there is war; animals suffer in other places at well; animals suffer at the hands of humans all the time. And so doing tonglen for animals is a very important practice.

A Prayer for All Horses

Oh, Heavenly Creator
Bringer of Love
Awaken me evermore to the truth of who I am
A spirit who has come here to learn Love
Your will is compassion, joy, and freedom
for all horses everywhere.
I am your instrument for your
will to be done for them.
I ask for the blessings of peace and compassion
to go forth now to all horses on earth —
the horses forced to live on Premarin
factory farms; those in rodeos, circuses,
races, movies; those who suffer and die
in abusive farms and slaughterhouses;
the wild horses being trapped and hunted;
and the happy horses in
good homes or in sanctuaries.

— Judy Carman in
Peace to All Beings 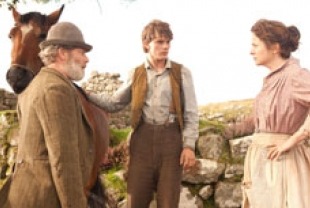 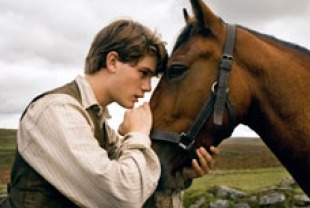 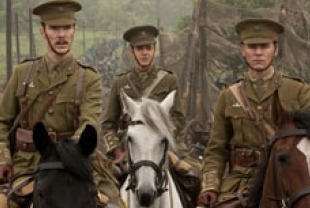 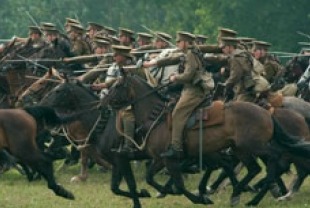 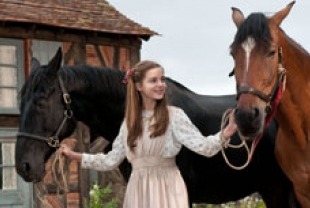