The Girl with the Dragon Tattoo

Directed by David Fincher
A dark thriller that mines the meanings of family skeletons, power, corruption, sex, and misogyny.

To go in the dark with a light is to
know the light.
To know the dark, go dark.
Go without sight, and find that the dark, too
blooms and sings,
and is traveled by dark feet and dark wings.
— Wendell Berry

The Millenium Triology by the Swedish writer Stieg Larsson has sold more than 14 million copies in the United States alone. Reading The Girl with the Dragon Tattoo, The Girl Who Played with Fire, and The Girl Who Kicked the Hornet's Nest, we are compelled to acknowledge the dark side of human nature and the manifold mysteries of personality.

The Swedish movie versions of these three crime stories did quite well at box offices around the world and that in itself offers testimony to the filmgoing public's fascination with the series' themes of family skeletons, misogyny, racial prejudice, rape, and the irresponsible use of power in high places. Now David Fincher (The Social Network, The Curious Case of Benjamin Button) is the director of the American film adaptation of the first book in the series. Instead of casting a major actress in the pivotal role of Lisbeth Salander, he chose Rooney Mara, who appeared in the opening scene of The Social Network as Mark Zuckerberg's girlfriend.

Sad to say, most people believe in revenge and the ancient equation of an eye for an eye. When we are hurt or suffer at the hands of enemies or bullies, we are immediately propelled by our culture or advised by others to do something to make them suffer — if only to recover a sense of power. The film addresses this dynamic in an indirect way but the darkness of Lisbeth's retaliation is not a pretty thing to watch. Her violence mimics his and only keeps her from looking within. Forgiveness, say all the world's religions, is the best way to break the cycle of the wounded and wounding but very few seem to practice this virtue.

A final thematic strand which is handled well in both the Swedish films and the American version of The Girl with the Dragon Tattoo is the omnipresent role of technology in the lives of Lisbeth and Mikael. He uses it extensively in his investigation, and she is a wizard able to wrest secrets from individuals and corporations. Lisbeth also knows how to use this technology to invade others' privacy. By the time she meets Mikael and he offers her a job as his research assistant, Lisbeth knows more about him than he does himself.

Technology is a tricky tool that enables us to disarm enemies, harm reputations, and manipulate data for our own benefit. This film gives Fincher a chance to expand his purview on the shadow side of computer technology that he began with The Social Network. Taking a clue from Wendell Berry's poem, we describe him as an ambitious and creative director who travels by "dark feet and dark wings." 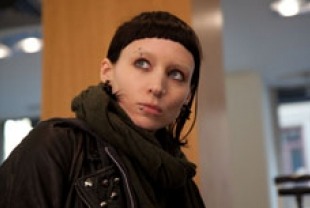 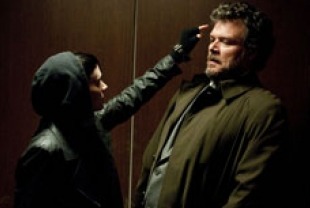 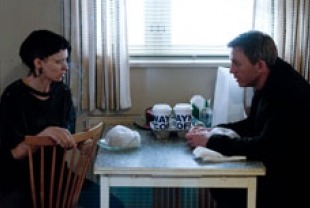 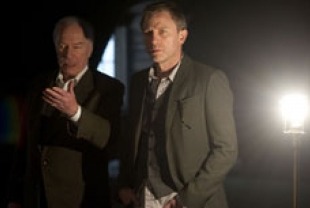