Directed by Todd Haynes
A first-class treatment of disappointment and unhappiness in the life of a besieged woman living in Los Angeles during the 1930s.

Todd Haynes is an accomplished director with a knack for wedding character development with a great sensitivity to fashion, cinematography, place, and time. This exquisite production of nearly six hours was presented last year on HBO. It is based on a novel by James M. Cain which was followed by a 1945 movie starring Joan Crawford. Although many would still call this period melodrama just another chick flick, its major themes of disappointment and unhappiness are universal feelings that irritate and often hobble our spiritual development as human beings.

Mildred Pierce (Kate Winslet) is married to an adulterous husband (Brian F. O'Byrne) who leaves her for another woman. Distraught, she puts even more faith in her daughter Veda's (Morgan Turner) talent as a pianist. As times get tougher in Los Angeles during the 1930s, Mildred takes a job as a waitress. This infuriates her daughter who is embarrassed to have a working mother. Veda screams out: "One might think peasants had taken over the house."

Mildred's experiences as a waitress and her skills as an expert maker of pies leads her into risky territory: the opening of her own restaurant. Ida (Mare Winningham), a co-worker, becomes her biggest supporter and business partner. Loneliness drives Mildred into having sex with Wally (James LeGros), her husband's former partner, and then with Monty (Guy Pearce), a handsome polo-playing Pasadena playboy. An older but not nicer Veda (Evan Rachel Wood) calls the latter, a "paid gigolo," after his fortunes take a downward swing.

Kate Winslet puts in a sensitively nuanced performance as the besieged Mildred left in the lurch by her husband, saddled with financial burdens, plagued by loneliness, guilty about her sexual escapades, and obsessed about making things right with a daughter who hates her. This woman courageously sets her own course but pays a high price for her liberation. Her yearning is very touching.

The love/hate relationship between Mildred and Veda pains them both so that they each end up wrapped in a cocoon of unhappiness. This selfish daughter has high expectations for herself and her family: the result is extreme disappointment. Mildred tastes happiness but allows her inner guilt and self-disgust to bring her down. We can all learn from these two that expectations, disappointment, and unhappiness imprison us in illusion and can only lead to isolation and separation from others. 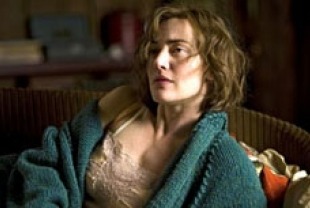 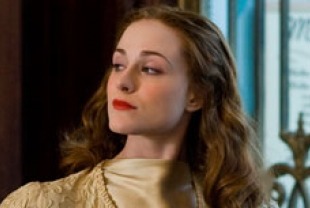 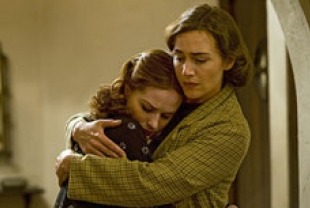 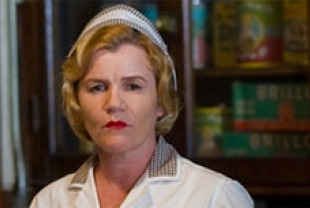 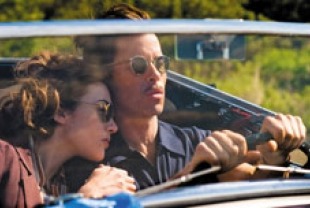