Directed by Various Directors
The characters and the changes they face in the first season of the popular television series.

"There's a battle outside
And it is ragin'
It'll soon shake your windows
and rattle your walls
For the times they are a-changin."
— "The Times They Are A-Changin' "
by Bob Dylan

Downton Abbey became a sensation when the first seven-episode season aired in 2010 in the United Kingdom and in early 2011 in the United States on PBS's "Masterpiece." Written by Julian Fellowes, this costume drama captured the hearts and minds of millions with its robust storylines bursting with emotion, conflict, suspense, and episode-ending cliffhangers.

The setting is a gigantic and luxurious Edwardian mansion surrounded by beautifully landscaped grounds in North Yorkshire. It would seem to be a place for reverie and daydreams — one of the many perks of the British aristocracy who have the leisure to do whatever they want — but the times are changing.

If you do a little detective work, you can see that Downton Abbey is foreshadowed in another screenplay written by Julian Fellowes for which he won the Academy Award: Gosford Park, an exquisite 2001 film directed by Robert Altman. Set on a country estate in 1932, it features two sets of characters, revealing the viperish qualities of the upper class and the venom of those who wait on them. Downton Abbey is set in a earlier period but the upstairs/downstairs dynamic is also a focus.

Season 1 of the series opens in April 1912. Robert, the Earl of Grantham (Hugh Bonneville), and his American heiress wife Cora (Elizabeth McGovern) have three daughters: Lady Mary (Michelle Dockery), Lady Edith (Laura Carmichael), and Lady Sybil (Jessica Brown Findlay). Another formidable presence in the family is Violet Crawley, Dowager Countess of Grantham (Maggie Smith). With her keen eye and quick wit, she is the champion of tradition, power, and the entitlements of wealth.

The family's every move is watched over by a staff of servants, including the butler Mr. Carson (Jim Carter), who tries to inculcate into his staff a pride in their work in "service." The other authority figure is the kind-hearted head housekeeper Mrs. Hughes (Phyllis Logan). John Bates (Brendan Coyle), Lord Grantham's valet, a war veteran with a limp, attracts the attention and affections of Anna (Joanne Foggatt), a housemaid.

The kitchen is ruled by the feisty cook Mrs. Patmore (Lesley Nicol), who both terrorizes and mothers the kitchen maid Daisy (Sophie McShera.) William (Thomas Howes), a farm boy turned footman, is new to the house. He is bullied by Thomas (Rob James-Collier), an ambitious footman who will do anything to advance himself. Equally unlikeable is O'Brien (Siobhan Finneran), Lady Cora's maid who loves to gossip and scheme with Thomas against everybody else.

This highly disciplined and smooth-running house is thrown into chaos when word comes of the sinking of the Titanic. On board was Lord Grantham's cousin, the heir of the estate and Lady Mary's fiancee. This means that the new heir is a distant cousin, Matthew Crawley (Dan Stevens). Along with his mother, Isobel Crawley (Penelope Wilton), he is summoned to live near Downton Abbey. A middle-class lawyer, he is not keen on this change of position. Nor are Cora, Violet, and Mary who must adjust to the idea that the title and all the money Cora brought into her marriage will eventually go to this stranger.

David Chadwick tells this story in To Shine One Corner of the World about the Buddhist teacher Shunryu Suzuki:

" 'Suzuki Roshi, I've been listening to your lectures for years,' a student said during the question-and-answer following a lecture, 'but I just don't understand. Could you please put it in a nutshell? Can you reduce Buddhism to one phrase?"

" 'Everything changes,' he said. Then he asked for another question."

In this diverse household, Julian Fellowes has given us characters we can care about both upstairs and downstairs. All of them are facing a world that is rapidly changing. There are little changes: the coming of electricity and telephones to the big house. And there are big ones: the stirring of women's rights represented by Lady Sybil's interest in politics and housemaid Gwen's (Rose Leslie) desire to get a job as a secretary. Class lines are challenged, too, as Matthew and his mother question some the customs of aristocratic life. He continues to work as a solicitor, and she volunteers at the local hospital and then becomes chairman of the board.

For most viewers, the addictive appeal of Downton Abbey will come from the love stories. Anna and Bates seem destined for each other, whereas Lady Mary spends most of Season 1 considering different men as potential husbands. Her relationship with Matthew alternates between love and hate, and neither of them seems good at handling their emotions.

Through it all, Lord Grantham's love for his family, their house, and the world they inhabit is very apparent, influencing his benevolent actions. We discover we like him, we wish the family well, and we wonder what will become of them in Season 2.

The DVD includes two featurettes. "The Making of Downton Abbey" includes interviews with the cast about their characters, insights from historical adviser Alistair Bruce about the contrasting and sometimes clashing worlds of upstairs and downstairs in an era marked by change, and comments from Julian Fellowes on his approach to the screenplays. In "A House in History," the Countess of Carnarvon talks about the history of Highclere Castle, where the series is filmed, and some of the qualities of this grand house. 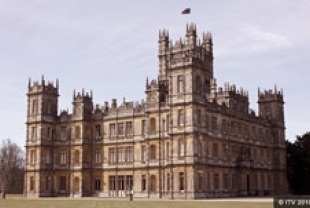 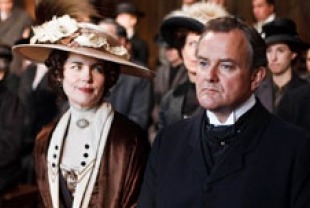 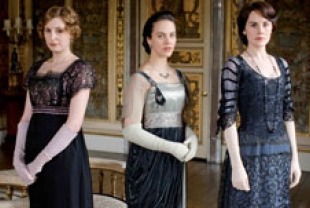 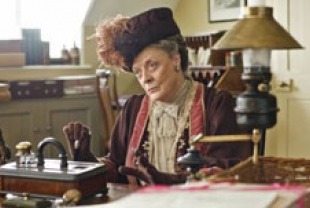 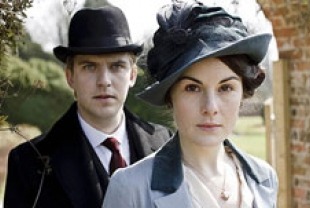 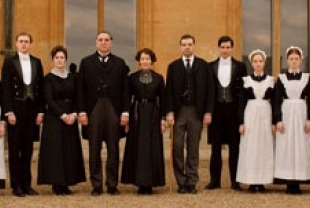 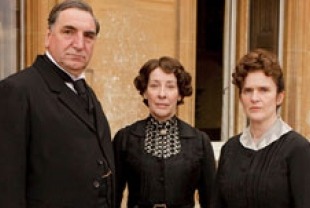 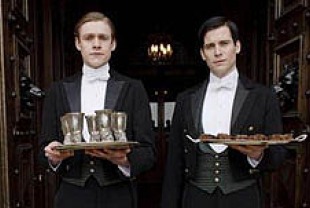