Directed by Various Directors
World War I, the Spanish flu, and more challenges as the characters in the popular series experience their various dark nights of the soul.

The second season of Downton Abbey debuted in the fall of 2011 on ITV in the United Kingdom and in January 2012 on PBS in the United States, followed soon by the DVD release. The eight one-hour episodes and the two-hour "Christmas at Downton Abbey" finale boast many of the elements that have made this television series so compelling: well-developed characters, touching love stories, workplace intrigues, contrasting lifestyles, elegant settings, gorgeous costumes, and more twists and turns in the story than you can imagine. But what sets Season 2 apart is its historical context. Whereas Season 1 depicted changes occurring at the grand house of Downton Abbey, Season 2 depicts a world in turmoil invading the very walls of the house.

The season opens in 1916. World War I is raging in Europe. Matthew Crawley (Dan Stevens), the heir to Downton Abbey, is fighting in France, and Thomas, the footman, is serving in the medical corps there. Matthew's mother (Penelope Wilton) convinces Lord Grantham (Hugh Bonneville) and his wife Cora (Elizabeth McGovern) to allow Downton Abbey to be turned into a convalescent home for officers wounded in the war, much to the dismay of Violet, the Dowager Countess (Maggie Smith).

The three Crawley daughters each find a role to play in their changed surroundings. Lady Sybil (Jessica Brown Findlay) works as a nurse, and Lady Edith (Laura Carmichael) discovers a talent for empathy and hospitality. When Thomas returns to run the military side of the operation, and then both Matthew and the footman William (Thomas Howes), recently drafted, come home badly wounded, nothing seems to be as it was before. Lady Mary does her best to nurse Matthew, even though he has become engaged to Lavinia Swire (Zoe Boyle). Meanwhile, she has agreed to marry Sir Richard Carlisle (Iain Glen), a newspaper magnate, one of the "new rich" who so irritate her grandmother.

In Dark Nights of the Soul, Thomas Moore writes:

"The dark night of the soul is a profoundly good thing. It is an ongoing spiritual process in which we are liberated from attachments and compulsions and empowered to live and love more freely. Sometimes this letting go of old ways is painful, occasionally even devastating. But this is not why the night is called 'dark.' The darkness of the night implies nothing sinister, only that the liberation takes place in hidden ways, beneath our knowledge and understanding. It happens mysteriously, in secret, and beyond our conscious control. For that reason it can be disturbing or even scary, but in the end it always works to our benefit."

Season 2 of Downton Abbey has some darker plot lines than Season 1. Several characters experience a dark night of the soul — Matthew, Lady Mary, and Lady Edith all suffer major disappointments. Bates (Brendan Boyle), the valet, and Anna (Joanne Froggatt), the maid, appear poised to live happily ever after, until his vengeful ex-wife (Maria Doyle Kennedy) appears and threatens him and the people he cares for. And the world outside brings more shocks. Branson (Alan Leech), the chauffeur who is a socialist, is surprised when the Czar's family is executed in Russia, but he still tries to convince Sybil that a good new order has arrived. The Spanish flu pandemic of 1918 puts the family in peril again.

Through it all, as viewers we find ourselves caught up in these dramas big and small. What good will emerge from these challenges? How will these characters, the family upstairs and the staff downstairs, weather the storms? "Liberation," writes Thomas Moore, "takes place in hidden ways." That's quite evident in this season. Now we wait for Season 3 to see where else this story will take us.

The DVD includes three featurettes: "Fashions and Uniforms," "Romance in a Time of War," and "House to Hospital." The latter is especially interesting. Historical adviser Alistair Bruce explains how the great houses in England, like Downton, were used as convalescent homes during World War I. 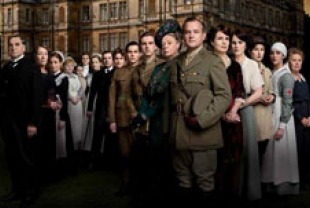 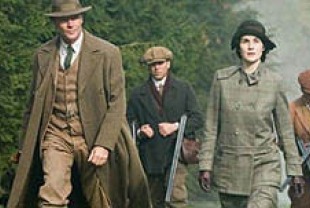 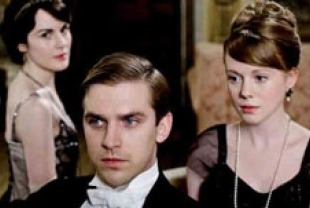 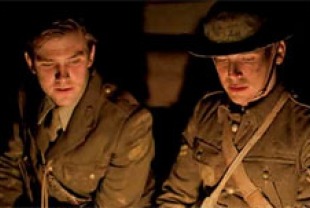 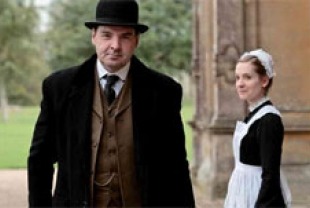 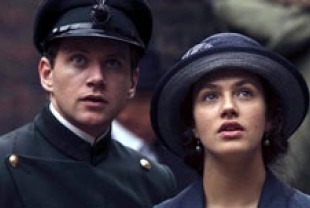 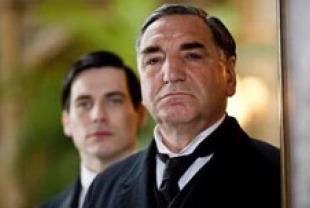