Salmon Fishing in the Yemen

Directed by Lasse Hallstrom
A quirky and thoroughly entertaining spiritual drama about the multiple meanings of faith.

Dr. Alfred Jones (Ewan McGregor) is a fisheries scientist working for the British government who is more interested in his research than anything else. His wife Mary (Rachael Stirling) has lost interest in their love relationship as she demonstrates by her post-sex comment, "That should do you for a while." An ambitious financier, she has scheduled a six-week working stint in Geneva.

Fred has his chance for transformation when he meets Harriett Chetwode-Talbot (Emily Blunt), a high-powered management consultant who wants him to head up a prodigious project funded by a visionary sheik to introduce salmon into the waterways of Yemen for the purpose of fly fishing. Fred's initial response is that the whole idea is preposterous and undoable given the desert setting and other obstacles. To avoid going any further with it, he throws out a cost figure of $50 million, which the sheik promptly agrees to. Ms. Chetwode-Talbot convinces him to take some more time before he makes a final decision.

Meanwhile, Bridget Maxwell (Kristin Scott Thomas), the Prime Minister's spokesperson, is frantically looking around for a good story out of the Middle East to counter the death and destruction headlines. She latches on to the salmon in Yemen project and wants the P.M. to back it to demonstrate his cooperation with the Muslim world. When she learns that there are over a million British voters who are fishing enthusiasts, she can barely contain her glee.

Fred's midlife funk is increased when his boss, under pressure from Maxwell, gives him the choice of taking on the salmon project or being fired. This repressed civil servant reluctantly meets with Harriett and Sheik Muhammad (Amr Waked). He learns of the plans for a dam, the introduction of 10,000 salmon, and a breakneck schedule.

Fred is impressed with the character and the charisma of Sheik Muhammad (Amr Waked), a practicing Muslim whose modernity is an affront to his more conservative countrymen. Fearing the intrusion of the West into their world, they are not adverse to using violence to put an end to the salmon project. The sheik is convinced that faith is the foundation of both love and hope. Fred, as a man of science, is taken off guard when the sheik tells him that he is also is a man of faith, given his belief that he can bring the salmon project to fulfillment. When this outsider saves his benefactor's life, the bonds between the two men grow stronger.

Meanwhile, Harriet has said goodbye to her boyfriend (Tom Mison) who has been posted to Afghanistan. Even though they have only been together for a few weeks, he asks her to wait for him and she agrees. When she learns that he is missing in action, Fred is surprisingly supportive. Almost miraculously this scientist finds his heart opening. His mentor here is the sheik, who believes in the virtues of patience, tolerance, and humility.

Lasse Hallstrom directs this quirky and thoroughly entertaining drama. With a huge foolish project at the center of the story, its clash of cultures, and its unfolding of a friendship between two very different men, it will remind you Zorba the Greek. And like that film, it is a deeply spiritual drama that probes the multiple meanings of faith. The sheik's life is shaped by his trust in Allah whereas Fred's faith is a work in progress that is fascinating to watch as it unfolds. The funny screenplay by Simon Beaufoy (writer of Slumdog Millionaire) is based on a book by Paul Torday which satirizes the political wheeling and dealing of Maxwell, explores the midlife crisis of Jones, and charts the personal renewal of those who, like the salmon, swim against the stream.

Special features on the DVD include: "Miracles Happen: Making Salmon Fishing in the Yemen" and "The Fisherman in The Middle East: Novelist Paul Torday." 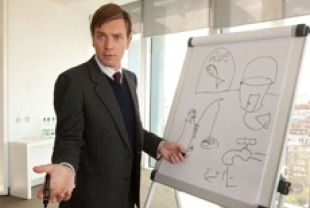 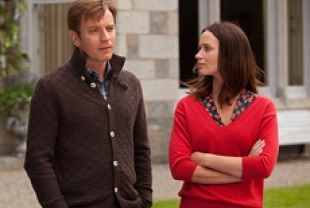 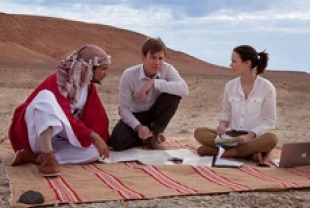 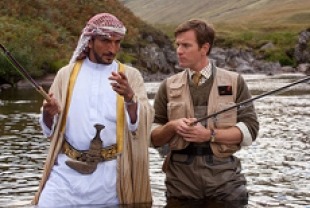 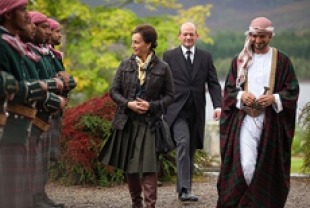 Running to the Mountain by Jon Katz

The Inner Treasure by Jonathan Star