How to Survive a Plague

Directed by David France
A documentary on the impact of a passionate group of dedicated and creative individuals in raising awareness of the AIDS epidemic.

In 1987, the AIDS epidemic had been going for six years but little was being done to search for a cure, to educate the public about the disease, and to stem the tide of prejudice against and fear of AIDS victims. Writer George Whitmore observed at the time: "In psychological terms, AIDS is like a stone cast into a pond: perhaps diminished, the ripples nonetheless cover the entire surface. No one who comes into contact with AIDS . . . is entirely immune from the havoc it wreaks."

A number of movies (Philadelphia, Long Time Companion, Love! Valour! Compassion!) have put a human face on this epidemic as the characters are held in the tight grip of fear while watching their lovers and friends die. Those grieving then continue to experience the prejudice and indifference of the straight world to their plight.

Given the startling lack of public attention to the AIDS epidemic and the feeble response of both government and health organizations, gay activists formed ACT UP in Greenwich Village in 1987. It was largely comprised of HIV-positive people who had a vested interest in educating the public about the disease and ultimately having input in the creation of effective drugs that might actually cure it.

This extraordinary documentary is by first-time director and award-winning journalist David France. It captures the widespread feelings of anger of the gay community toward the lack response to what activist Larry Kramer dubbed "a plague." The director has culled through a prodigious amount of archival footage for very moving images of the non-violent protests of ACT UP members and fellow-travellers as they are battered by the police while trying to get their message across to the public. In the process, they faced plenty of opposition: mayor Ed Koch called the group "fascist," Congressman Jesse ("They asked for it") Helms fought against AIDs spending, and politician Pat Buchanan admonished homosexuals to practice celibacy. In one very effective scene, a protest against a disinformation campaign by the Catholic Church shows men and women yelling "Stop Killing Us" as they lay their bodies down in the aisles of St. Patrick's Cathedral.

The fight for an effective HIV treatment eventually causes a rift in ACT UP when one group decides to expend all their efforts on working with pharmaceutical companies on medical and scientific research and the distribution of a treatment guidebook. It is exciting to watch the blooming of this organization over a 10-year period. They did educate the American public about AIDS and spur the drug companies and medical establishment to change their approaches to this plague. Kudos to France and the entire creative team behind this authoritative documentary that charts the impact that a passionate group of dedicated and creative individuals can have upon the world.

Special features on the DVD include a commentary with director David France and ACT UP activists Heidi Dorow, Joy Episalla, Bob Lederer, and Ron Medley; deleted scenes; and the trailer. 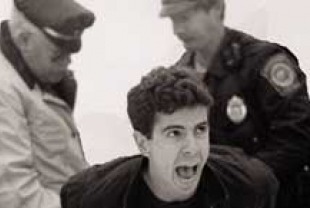 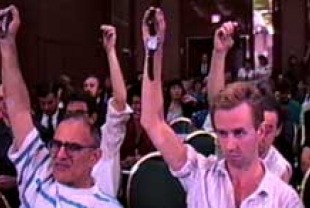 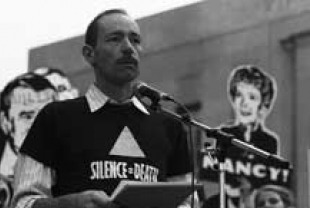