Aaron Cross (Jeremy Renner) is on a risky and life-threatening training mission in the cold Alaskan winter. He's part of a secret CIA-authorized program and has been put on a regimen of drugs designed to enhance his brain functions and make him into a physical superman. Cross manages to ward off a band of hungry wolves at his campsite and then trek across rugged mountains and leap giant chasms to make it back to base camp.

Meanwhile, CIA manager Eric Byer (Edward Norton) has discovered that the rogue agent Jason Bourne has compromised two of their most prized programs: Treadstone and Operation Outcome. Fearing what will happen if news about these illegal programs reaches the public, he orders them shut down and all those involved killed. He uses the same defense of this decision that he used to justify the programs in the first place: it is "morally indefensible and absolutely necessary." Sounds a bit like something the officials heading up America's anti-terrorist programs would say, doesn't it?

Writer and director Tony Gilroy mercifully slows down the frantic pace of this thriller and allows us time to take in the film's massive criticism of the power and amorality of government intelligence programs. The first three releases in the Bourne franchise moved so swiftly that there was barely a moment think about anything other than the next shock and the adrenaline-pumping soundtrack.

This thriller shows how the espionage game has changed thanks to advances in science and technology. First, in one scene Cross has to escape an unmanned drone attack aimed at the tracking devices implanted in his own body. Later, he contacts Dr. Marta Shearing (Rachel Weisz), the scientist who provided the drugs for his wilderness survival test. She explains the genetic engineering for "behavioral design" done on Cross and others in his program; they are being "enhanced" but at what cost? One man has been created with "minimized empathy."

Although these examples of science being exploited for espionage purposes may seem extreme in our day, one sequence in the film is totally credible. When Cross and Shearing try to escape the country, we see how networks of street and building cameras, satellites, and other spy equipment make it impossible for anyone to move around without being seen by something.

These thematic probes of science and technology used to track, target, engineer, and follow people make this espionage thriller worth watching. 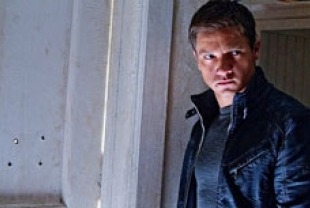 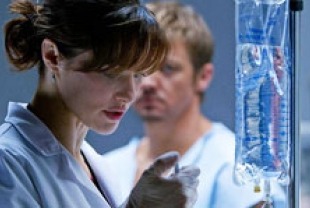 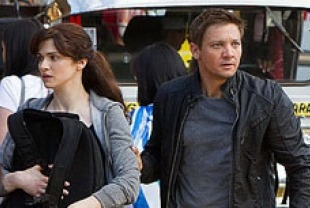 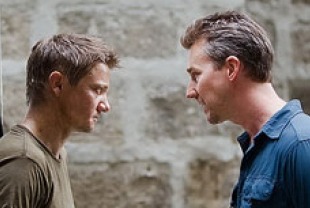