Directed by Michael Keillor
A three-part series from the BBC on the early years in the life of England's beloved vet.

James Herriott wrote the bestseller All Creatures Great and Small which charted his experiences and insights into the animals under his care as an English veterinarian. In this three-part drama, which aired in England on the BBC, Iain De Caestecker stars as Herriott, a very serious and sober young man. He arrives at Glasgow Veterinary College in the 1930s with high hopes of learning more about the complex and often mysterious treatment of the many ailments of animals.

Although an oddball and outsider by nature, Herriott is befriended by Rob McAloon (Ben Lloyd-Hughes), a jokester and carefree hedonist; "Whirley" Tyson (Amy Manson), a bold and outspoken feminist; and Jenny Muirhead (Joanna Vanderham), a spoiled rich girl who takes a romantic interest in the shy newcomer.

Herriott immediately is taken under the wing of Professor Richie (Tony Curran) who is impressed with this new student's high level of commitment and the zeal with which he deals with the difficult ethical issues connected with animal care. Among the challenges he faces are an ailing horse, some sick cows, and a highbred dog.

Wherever he goes, Herriott carries his trusty notebook filled with details from the cases he handles. Meanwhile, his three friends square off with their own demons: Whirley with a chauvinist professor (Gary Lewis); Rob with a close encounter with his tendency to be a money-grubber; and Jenny with her belief in the Fascist idea of pure bloodlines in animals and human beings.

Young James Herriott is a top-drawer film for any religious or spiritual group interested in vocation and ethical issues related to animals.

Special features on the DVD include a 21-minute film "The Making of Young James Herriott"; a photo gallery; and a James Herriott biography. 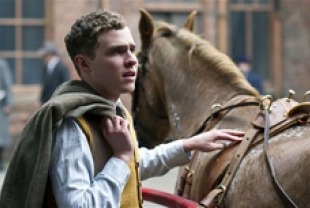 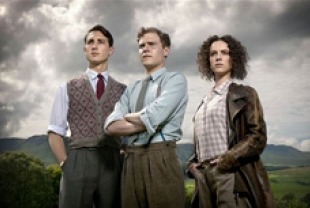 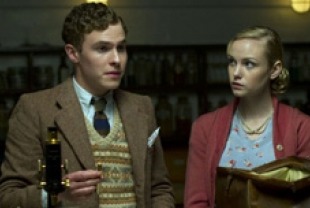