Directed by David Fincher and Others
A fascinating 13-episode drama about a power politician in Washington who puts into play a plan for his future that brings a lot hurt to others.

"Power is always dangerous.
Power attracts the worst
and corrupts the best."

According to the latest Gallup Poll, the American public's approval rating of Congress is 10%, the lowest in the poll's 38-year history. Put another way, 83% disapprove of the way Congress is doing its job. We had this information in mind before tuning in the 13 episodes of House of Cards, an American adaptation of the popular BBC series that featured Ian Richardson as an unprincipled member of Parliament in the early 1990s. This series is set in Washington, D.C., and focuses on the power politics of the Majority Whip of the House of Representatives in 2013.

"The heart declines when
power mounts to the head."

— Henry Hurwitz
This series is being distributed in a new way. Instead of being broadcast on one of the networks or premium cable channels, it is being presented exclusively through Netflix, the movie rental and streaming service. They decided to make all 13 episodes available at once to the 21 million subscribers to their streaming service in the United States. Those who have gotten in the habit of watching favorite television series or multi-part dramas like Upstairs, Downstairs, Lost, or Downton Abbey in marathon viewing sessions, will be pleased to know they can do that with this one. And they may very well want to! The show is quite addictive.

This stylish, well-acted and highly charged political drama has gotten members of Congress and others inside and outside the Beltway talking about coalition building, fence mending, photo ops, political suicide, pundits, and the rubber chicken circuit. All this and more is depicted through the various characters.

"The lust for power,
for dominating others,
inflames the heart more
than any other passion." 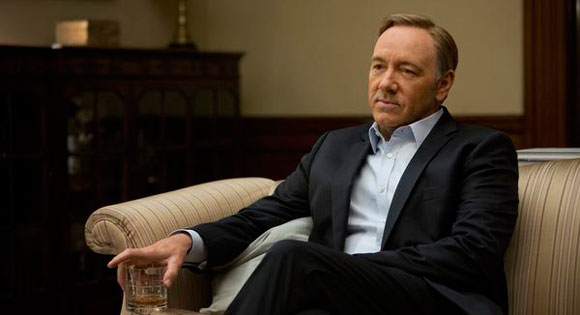 Frank Underwood (Kevin Spacey) is the House Majority Whip who is charged with the duty of making sure that all members of the party are present for critical votes and that they vote in accordance with the party line. The term originated in fox hunting in England where the "whipper-in" was the one responsible for keeping the hounds from straying.

"Power is sweet,
it is a drug,
the desire for which
increases with habit."

Underwood is a seasoned, self-centered, and cynical South Carolina Democrat. He's a wheeler-dealer par excellence who knows how to manipulate politicians, constituents, lobbyists, and members of the Executive Branch including the President (Michael Gill), Vice President (Dan Ziskie), and Chief of Staff (Sakina Jaffrey). Underwood has a secret agenda which he sets into motion but he is constantly dealing with the messes and muck-ups which are part of the political process of deal-making, coalition building, and vote counts. The series spends time on Underwood's part in pushing through an education bill, his rivalry with the head of a teachers' union, and his repeated confrontations with a powerful lobbyist who used to work for him.

"The lust for power is
not rooted in strength
but in weakness."

Kevin Spacey who was so mesmerizing in the movie Casino Jack where he played the corrupt Washington lobbyist Jack Abramoff, keeps his winning streak going with a masterful performance as Jack Underwood. A clever filmmaking device has the actor speak directly to viewers with a series of witty and snappy comments and insights into human nature and power politics. And although his villainy is both shocking and reprehensible, there are moments when his humanity and creativity come to the fore, such as in an improvised speech at a gathering where a library has been named after him. Underwood seems to undergo a change into a nice man whenever he stops into the humble restaurant run by an African-American for his favorite barbecued ribs.

"Power is much more easily manifested
in destroying rather than in creating." 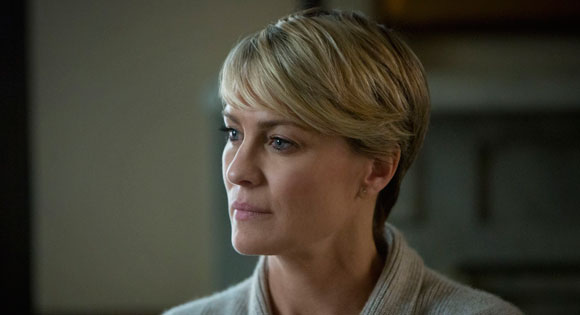 Robin Wright plays Underwood's glamorous wife who has carved out her own little kingdom running a charitable foundation. She loves to exert her own brand of power. With no children to raise, Claire has put all of her energy into her work. Although charming and polite in public, she can be ruthless in her private life as her husband discovers when he dares to put one of his pet projects above her organization. Well aware of Jack's frequent sexual adventures, she has an off-and-on-again romantic relationship with a famous British photographer (Ben Daniels) who makes the mistake of asking her to make a commitment to him.

"Power is the great aphrodisiac."

Zoe, An Ambitious Journalist With No Scruples 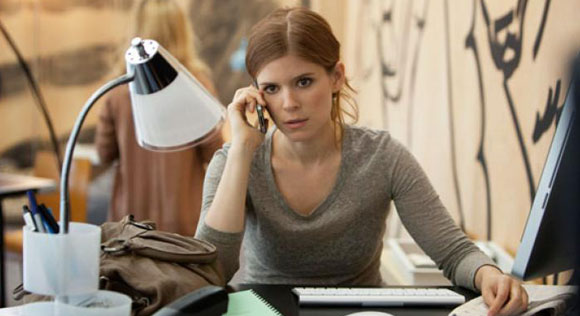 Kate Mara plays Zoe, an ambitious journalist who starts out working as a reporter for the Washington Herald newspaper. She leaps ahead in her career after working out an arrangement with Underwood as her source. She usually prints whatever he tells her and that benefits his various projects.

Zoe hits high stride in her career when she joins a website and becomes a successful blogger. Despite their age difference, she and Underwood start an affair. Trust is a character quality that has eluded both of them, and this issue invades their relationship on several levels.

"The most common way people
give up their power is by
thinking they don't have any."

Peter Russo, A Man Dogged by His Self-Destructiveness 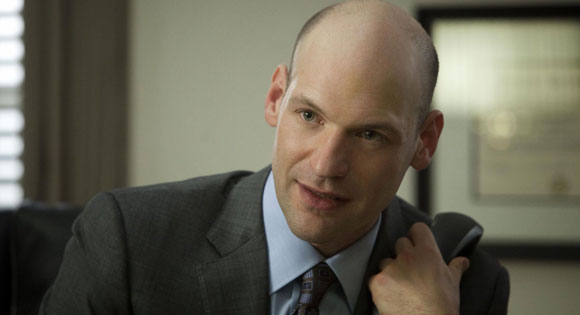 Cory Stoll plays Peter Russo, a congressman from Pennsylvania whose upward career mobility is hindered by his addictions to sex with prostitutes, alcohol, and drugs. He struggles to maintain a love relationship with his legislative assistant, but even drives her away. When Underwood comes up with the idea of having him run for governor of Pennsylvania, Russo has doubts but agrees to immediately get clean and go to AA. To win the race, Peter has to gather the support of the thousands of shipyard workers he has disappointed with his record in Congress.

Whereas Underwood has an astonishing resiliency that enables him to push right through setbacks and turn them into triumphs, Peter lacks the will power to handle the catastrophes which overtake him.

Beau Willimon led the team of writers for House of Cards, and David Fincher (Social Network, The Girl with the Dragon Tattoo) is one of the directors and producers. The drama vividly conveys the moral disarray of Washington politics where power and money corrupt and transformational and ethical leadership is missing in action.

Best Line in the Series
"Generosity is its own form of power."

Most Touching Scene
Buddies since military school get together for an all-nighter and sing "Shenandoah."

Most Bizarre Scene
Claire and Zoe invade each other's bedrooms as a stab at domination.

Biggest Emphasis Besides Power
The large role of technology and social media in the private and public lives of these people. 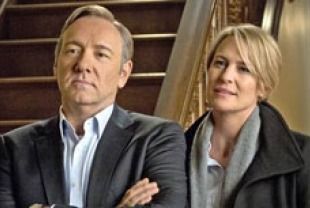 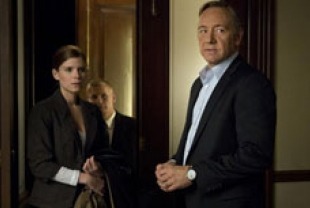 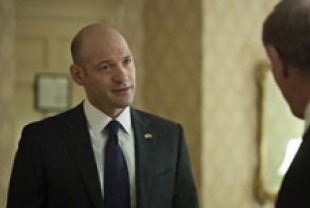 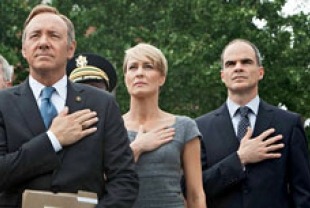