WikiLeaks is a website created by Julian Assange (Benedict Cumberbatch), an Australian computer genius and information freedom fighter. He believes that technology can lead to a whole new form of social justice. He has created a way for whistle-blowers to leak secrets without being identified even by WikiLeaks; the website then releases the documents without any editing, since as Assange asserts, editing creates bias.

At a hackers convention, he meets Daniel Berg (Daniel Bruhl), a computer programmer who is immensely impressed with the pioneering work this crusader for truth is doing in a world where governments and corporations are getting away with murder.

Assange dreams of a time when no institutions will be able to keep their nasty secrets from the public. Berg buys into this vision but is shocked when he learns that Wikileaks consists of a website, a few email addresses, and Assange. To prevent their server from being shut down and to handle their growing traffic, this new computer whiz takes some of his own money and purchases additional mirror servers to install in various places around the world.

It doesn't take Berg very long to get caught up in the adventure of exposing the corruption of the Swiss bank Julius Baer and its illegal tax dodging schemes for the rich; government and police violence and corruption in Kenya; the membership list of the rightist British National Party; and the American military's friendly fire and civilian casualties in Afghanistan.

But along the way Berg becomes increasingly alienated from Assange, who repeatedly says that true commitment to their cause requires sacrefices. He's paranoid, dishonest, and often behaves bizarrely. Berg's confidant and lover Anke (Alicia Vikander) doesn't like the way the Wikileaks founder manipulates her boyfriend. The Australian invites himself to have dinner with Berg's parents and then abruptly walks out. Through flashbacks, we learn of Assange's experiences in a New Age cult when he was a boy.

The centerpiece event in the film is the 2010 release of the "Iraq War Logs" of hundreds of thousands of classified U.S. military and diplomatic documents which sends American State department officials Sarah Shaw (Laura Linney) and James Boswell (Stanley Tucci) into a panic as they try to find a way of protecting secret operatives around the world.

Meanwhile, Assange and Berg clash on the details involved in releasing the documents in collaboration with The Guardian, The New York Times, and other old-media outlets. Here the filmmakers give us an opportunity to think about the clash between the need for secrecy to protect people and the value of transparency for creating trust in free societies. Conversations among the journalists also reveal how much their profession is changing because of the omnipresence of the Internet and numerous citizen journalists.

The Fifth Estate is directed by Bill Condon (Kinsey, Gods and Monsters), and it is to his credit that he tries to tell a complicated story without making Assange into either a total villain or a hero. There are political and cultural commentators who consider him to be a selfish and morally twisted troublemaker and others who deem him worthy of a Nobel Peace Prize. The screenplay by Josh Singer, based partly on the book by Berg, puts us in the shoes of this intense and idealistic young man, and Daniel Bruhl does a fine job conveying his disillusionment and moral stand against his mentor.

But Benedict Cumberbatch's potent performance as Assange makes this charismatic, inventive and zealous crusader into a fascinating protagonist despite his many character flaws. His tour de force acting is what makes The Fifth Estate worth seeing. Condon and Singer give Assange the final word showing him talking straight to the camera while ensconced in the Ecuadorian embassy in London, where he has sought political asylum to this day.

Special features on the Blu-Ray/DVD include The Submission pPlatform — enter the room where the secrets are kept and see it come to life, from first inspiration, through filming and beyond. In-camera graphics — watch electronic words move off the screen and into the real world. Scoring secrets — experience the full range of musical styles in composer Carter Burwell's thrilling soundscape for the movie. 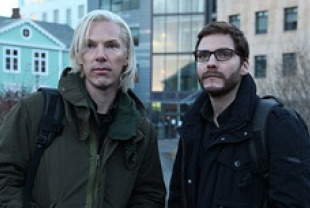 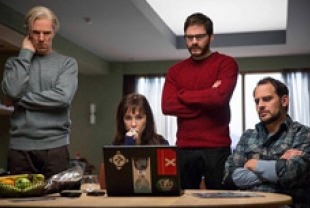 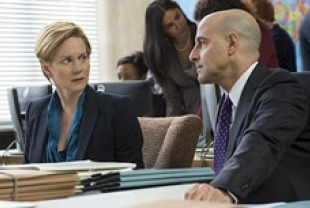 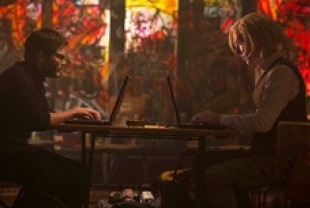