Directed by Peter Berg
Story of super-soldiers in Afghanistan, a failed mission, and two surprising act of mercy in the midst of all the bloodshed.

In the opening scenes of Lone Survivor, we watch the grueling physical and mental tests that Navy SEALS are put through to prepare them for action anywhere in the world. They are experts in weaponry and survival in the wilderness. But their greatest strength is their close camaraderie.

Their superior, Lt. Cmdr. Erik Kristensen (Eric Bana), calls his super-soldiers to a meeting and describes their new mission in Afghanistan: to kill Ahmed Shahd (Yousuf Azami), a Taliban commander responsible for the deaths of 20 Marines in the last week. Four SEALS are taken by helicopter and dropped into a mountainous region where they can see the village the Taliban are occupying.

Everything hums along smoothly until the Americans are seen by a local shepherd and two youngsters. When their radio communication goes out of commission, the soldiers are forced to make an ethically tough decision. Do they kill the Afghans, tie them up and leave them when there are wolves in the area, or let them go? Marcus Luttrell (Mark Walhberg) argues that according to their rules of engagement, they cannot kill unarmed citizens. The media would pick up the story and crucify them. Mike Murphy (Taylor Kitsch) decides to let them go. Danny Dietz (Emile Hirsch) and Max Axelson (Ben Foster) go along with the decision.

With their mission now aborted, the SEALS climb the mountain to higher ground. They are surprised by a large number of Taliban soldiers who surround them and prove to be well-armed and efficient killers even though the Americans have superior fire power. The firefight is as intense and bloody as the combat scenes in Saving Private Ryan. Several times the Americans are forced to retreat by leaping off the mountain and tumbling down a rocky slope with their bodies hitting trees and smashing into giant stones. Luttrell's comrades give it all they've got but they are overwhelmed by multiple wounds and no way to escape.

Lone Survivor is written and directed by Peter Berg (Friday Night Lights) and based on the book of the same title by Marcus Luttrell with Patrick Robinson. The film, unlike Zero Dark Thirty, avoids completely demonizing the enemy by making it clear that this badly wounded SEAL owes his life to a compassionate Afghan who risks everything in order to help him. It is fitting that in the midst of this unrelenting and horrific war picture the two most magical moments are both animated by mercy: the decision of the SEALS to not kill the shepherds and the Afghan's choice to risk all to save Luttrell's life. Our heroes are Murphy and the Afghan villager.

"While many people regard a hero as someone who vanquishes his foes, the Rabbis teach the opposite: 'Who is a hero among heroes? One who turns an enemy into a friend.' "
— from The Fathers According to Rabbi Nathan in A Code of Jewish Ethic: Volume 1 edited by Joseph Telushkin

Special features on the Blu-Ray/DVD include Will of the Warrior; Bringing the Story to Light; Recreating the Firefight; Learning the Basics; The Fallen Heroes of Operation Red Wings; and The Pashtun Code of Life. 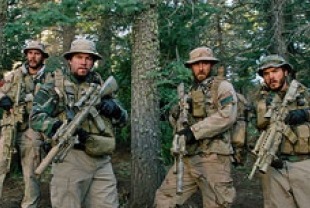 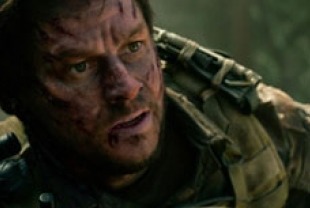