Love Is the Perfect Crime

Love Is the Perfect Crime is a mesmerizing psychological thriller set in the Swiss Alps and directed by Arnaud and Jean-Marie Larrieu; it is based on the novel Incidences by Philippe Dijan. This French-Swiss production will have special appeal to those who are fascinated by the classic film noir drama. The chilly wintery landscape provides an appropriate setting for a crime, and the glass and steel structure of Lausanne University is a perfect theatre for the sexual antics of the lead character.

Marc (Mathieu Amalric) is a professor of creative writing who in his spare time enjoys seducing and abandoning numerous female students. He is a seasoned Don Juan who loves the hunt and the pleasure of sex. After he has a brief affair with Barbara (Marion Duval), a lusty student who has had fantasies of making love to her professor, she mysteriously disappears. Marc admits to having been with her but claims to know nothing about her whereabouts. A casual and laid-back investigator keeps pestering Marc and succeeds in making him irritable.

Soon the jaunty professor seems to be jangled by everyone around him. His odd relationship with his sister Marianne (Karin Viard), who enjoys flirting with him, suddenly becomes less predictable after she dates Richard (Denis Podalydes), the head of Marc's department. Annie (Sara Forestier), a rich student with a prominent father, presses Marc to have sex with her as part of a series of "private lessons." When he refuses, even more troubles pile up around him.

As directors, the Larrrieu brothers draw out a captivating and nuanced performance from Mathieu Amalric as the besieged Don Juan. His complicated relationship with Anna (Maiwenn), the missing student's unhappily married stepmother, keeps us entranced during the second half of the drama. At first, Marc views her as just another conquest, but then the relationship turns into something he never imagined to be possible.

After viewing this thriller, you will want to spend some time exploring the multiple meanings of the title "Love Is the Perfect Crime." 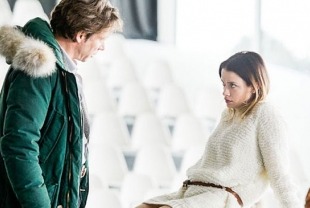 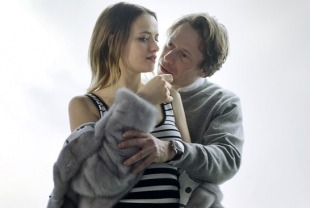 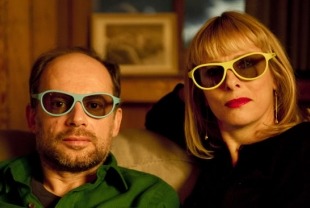 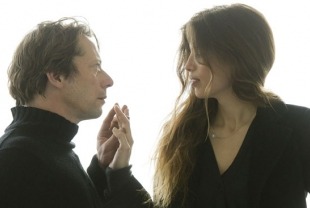