Directed by Bertrand Tavernier
A witty, face-paced and audacious comedy about French diplomacy, politics, and the peculiarities of power.

The French Minister is a witty, fast-paced, and audacious comedy about diplomacy and international politics; it is directed by the inimitable Bertrand Tavernier (Daddy Nostaglia, Princess of Montpensier, It All Starts Today) and stands alongside In the Loop and Wag the Dog as a wild and funny political satire. The drama is based on the award-winning graphic novel by Abel Lanzac, a former governmental speech writer for Dominique de Villepin, a career diplomat who was a French foreign minister and later prime minister.

Arthur (Raphael Personnaz) is a recent grad student with high ideals stuffed in his head along with a hankering to work for the French Ministry of Foreign Affairs. In his interview with Alexandre Taillard de Vorms (Thierry Lhermitte), he is taken aback by the energy, the fierce pride, the unusual interests of this polymath who pontificates about the state of the nation ("We're on a sinking ship"), the importance of proverbs, and the requirements of those who work for him. But Arthur gets the job as Taillard's speech writer (the head of "language") and shares the good news with his wife Marina (Anais Demoustier), a school teacher.

The silver-haired French politician turns out to be a larger-than-life figure whose flamboyant entries into rooms are announced by slamming doors and flying papers. Secretaries coddle their megalomaniacal boss and his staff desperately try to please him and avoid his viperish criticism. He gives Arthur a hard time by constantly asking for rewrites of his speeches. Luckily, this newcomer has the support of the chief-of staff, Claude Maupas (Niels Arestrup), who has his hands full cleaning up the messes and exaggerations of his boss. Arthur is also happy when a beautiful Africa specialist on the team, Valerie Dumontheil (Julie Gayet), takes an interest in him and then is shocked when she puts him down during a staff meeting.

The French Minister sizzles with keen observations about Arthur's experiences in the dog-eat-dog world of bureaucracy and on the world stage where France's roles during international crises must be made clear. Tavernier draws out a robust and entertaining performance from Thierry Lhermitte as Taillard, an unforgettable statesman who is a lover of fine wine, a devotee of Greek philosophy, a believer in yellow highlighters, and a fan of mottos such as "Responsibility, Unity, Efficiency!" The surprising finale adds a special tang to Arthur's journey in the wacky world of French diplomacy. 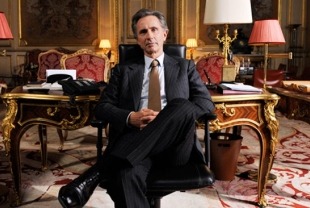 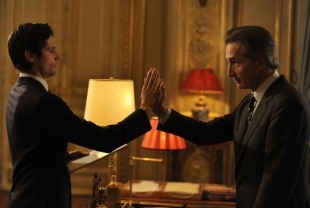 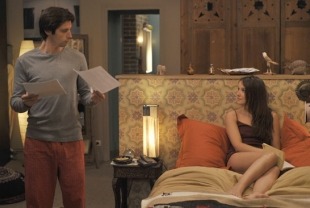 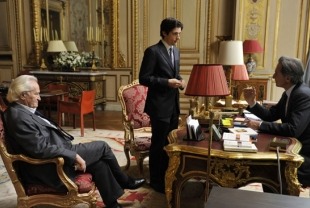 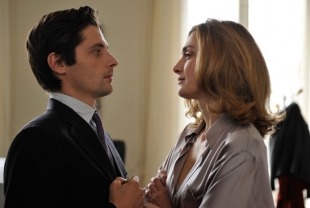