Directed by Neil Burger
A fascinating dystopian tale about a multi-talented young woman who faces many challenges as she tries to remain true to her rebellious character.

In a fascinating article in Aeon Magazine, Robert Twigger writes about the rise in our times of the monopath who focuses on one thing and becomes an expert. Such people are highly respected in their professions for having one-track minds. In contrast, there is the polymath who is a multi-talented person able to excel in a variety of intellectual, artistic, and physical pursuits. This circle includes Leonardo da Vinci, Johann von Goethe, and Benjamin Franklin.

You would think, especially in these complex times requiring wide-ranging knowledge and creativity, that people would aim to be polymaths. Multiple mastery is the wave of the future, and the Internet makes it easier for lifelong learners to access a rounded education. But the role-model of choice in the Western world, Twigger explains, is still the specialist, the expert, who knows about one thing. And they want to keep it that way: "Monopathy, or over-specialisation, eventually retreats into defending what one has learnt rather than making new connections."

We were reminded of the conflict between monopaths and polymaths when we saw Divergent, the movie adaptation of the first novel in Veronica Roth's blockbuster Young Adult series. There has been a catastrophic war and the remnants of the population are living in the dilapidated city of Chicago. The society has been structured around five groups, each dedicated to a singular virtue — Candor (the honest), Abnegation (the selfless), Dauntless (the brave), Amnity (the kind), and Erudite (the smart).

Beatrice Prior (Shailene Woodley) was born into the Abnegation faction. This faction has been given the reins of government and her father Andrew (Tony Goldwyn) is an Abnegation official. Her mother Natalie (Ashley Judd) and brother Caleb (Ansel Elgort) are both natural-born nurturers who derive great satisfaction in serving others and helping those in need.

When they are 16, the teenagers are given an aptitude test to show which faction they best fit in before being given the opportunity to choose their permanent faction. To her shock, Beatrice learns that her test results are inconclusive. The administrator advises her to keep these results secret, even from her family. They show she is "Divergent," a kind of multi-talented and rebellious individual who poses a threat to the status quo.

On Choosing Day, Beatrice and Caleb surprise their loving parents with their decisions. Caleb aligns himself with the look-down-their-noses Erudite clan, and Beatrice decides to become a member of the warrior class, Dauntless, who regularly storm through the city like a band of wild and energetic youth.

Beatrice, who changes her name to Tris, is part of a small group of faction transfers given special training before they are initiated into Dauntless. Those who don't make the grade will be banished to wander the streets as a "factionless caste" in a never-never land cut off from their birth families. Desperate to prove herself and avoid that fate, Tris is the first to volunteer for the skyscraper trust fall, thus catching the attention of two instructors, the intense Four (Theo James) and the brutish and resentful Eric (Jai Courtney). She does make some new friends: Christina (Zoe Kravitz), Will (Ben Lloyd-Hughes), and Al (Christian Madsen).

All the initiates are graded on using weapons, martial arts fighting, and other skills. When Four discovers that Tris can manipulate the psychological simulations where she is forced to confront her fears, he realizes that she is Divergent and in grave danger. Meanwhile, the Erudite faction's leader, Jeanine Matthews (Kate Winslet), is determined to destroy anybody who does not conform and exercises free will. She also is trying to overthrow the Abnegation government.

Whereas Divergent shares with The Hunger Games a resourceful female heroine, a dystopian society, the power plays of leaders, and the blooming of romance in the midst of chaos and danger, this franchise adds another element to the storyline in its timely celebration of polymathic minds. It is Tris' three skillsets — selflessness, intellect, and bravery — which give her the edge she needs to survive.

Director Neil Burger keeps the action humming along with especially exciting sequences around the "war games" between teams of Dauntless and Tris' high-speed solo flight from the top of the deserted Hancock building through the city to the ground on a zip line. The performances by Shailene Woodley as Tris and Theo James as Four are so relaxed and open that we can empathize with both of them as they draw closer together.

As we watched the drama of Divergent unfold on the screen and saw how Tris is branded as "different" and a danger to society, we recalled a book written by Robert Jay Lifton in 1994 called The Protean Self: Human Resilience in an Age of Fragmentation. The author posited that our chaotic times have given birth to a post-modern character type called the protean self who is capable of assuming many identities and keeping the mind open to all possibilities. He or she also is a "willful eclectic" capable of changing from one course of action or study to another. Tris and Four are examples of the protean self.

In contrast to this protean self is the fundamentalist who is locked into one narrow, rigid, and paranoid mindset. This character type tightens and constricts in the face of turmoil and falls back on dogma and consistency when under attack. Jeanine Matthews is an example of the fundamentalist.

Veronica Roth, the author of the Divergent YA series, has given us a thought-provoking view of the protean self and the challenges it faces in controlling and totalitarian societies. It will be interesting to see how Tris and Four survive as polymaths under pressure in the upcoming feature films that continue this story. 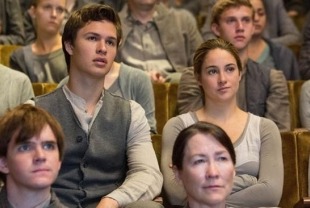 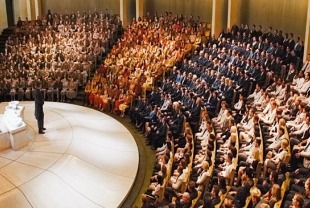 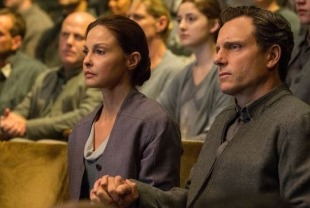 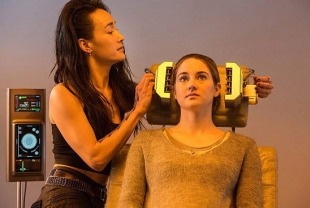 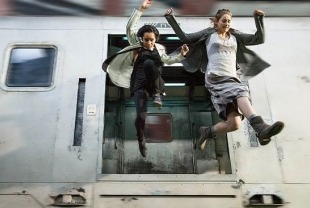 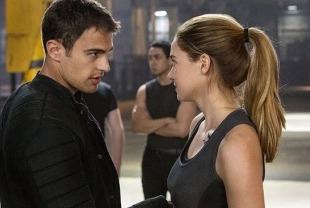 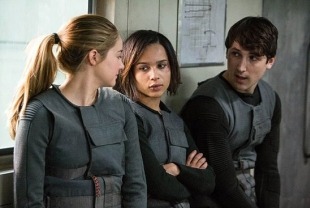 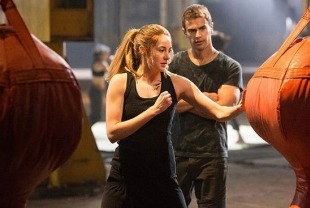 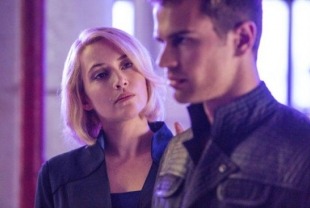 Movies about Dystopias: Films that reflect the fears and excesses of contemporary societies