Directed by Lars von Trier
A disappointing and depressing finale to a sex addict's journey.

At the end of Nymphomaniac Vol. I, we were left wondering where Joe's (Charlotte Gainsbourg) sexual adventures would take her next. In Vol. II, she tells the rest of her story to her attentive listener Seligman (Stellan Skarsgard).

What she has lost is revealed in a flashback to a moment where Joe as a young virginal girl experiences a spontaneous orgasm which lifts her spirit and feels mystical. She has a vision of two female presences on each side of her. Seligman points out they are the Whore of Babylon and Messalina, a Roman empress.

In three escapades, Joe tries to revive her sexual life. She has "sandwich" sex with two black Africans, which turns into a farce with the brothers arguing with each other. She has a series of visits to the underground dungeon of S & M master K (Jamie Bell), where she submits to his whipping her. Finally, she takes with a shrewd business man L (Willem Dafoe) who makes the most of her ability to read men and what they desire. In one case, she almost fails to draw out a client's sexual secret but at the last moment discovers that he is a pedophile. Given her own history, she breaks with those who would condemn this man and administers her own sacrament to him.

Writer and director Lars von Trier has a few major surprises for us in Nymphomanic Vol. II. The first is Joe's rant delivered to a group of women sex addicts where she proudly declares herself to be a nymphomaniac who has no need of support or therapy or pity. She has at last found her voice and it is one of deep rage.

The second has to do with von Trier's reliance upon a gun to provide the conclusion to this four-hour drama. Of course, Last Tango in Paris, another very controversial film, concludes with a young woman shooting the older man who has had raw and repeated sex with her. Ending a long and intense film with a sudden killing that appears to have no motive behind it leaves us with the impression that von Trier sees the world as a meaningless place inhabited by human beings driven and enslaved to sex and violence. Talk about a downer! 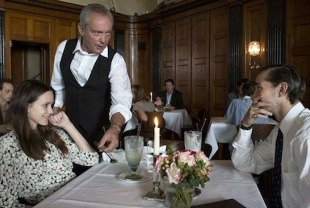 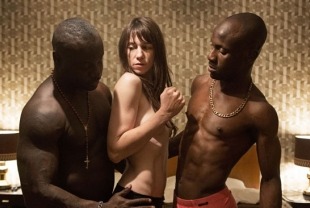 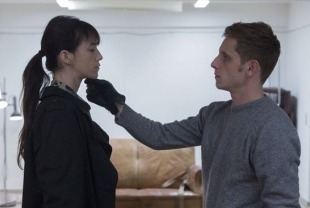 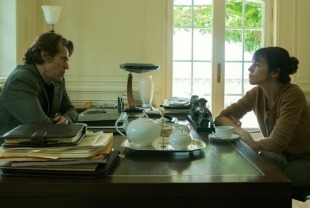