Directed by Clark Gregg
A grim portrait of an agent for young actors who takes his best shot at success in the nasty and venal Hollywood film community.

Hollywood agent Howard Holloway (Clark Gregg) was a child actor beginning at age six and feels that his experience in the business makes him uniquely qualified to represent young actors and actresses. But he's not been having any luck recently and has gotten a reputation as being both difficult and unlucky.

Howard stumbles upon Lydia (Saxo Sharbino), a gifted 13-year-old actress who does not yet have representation. His blood pressure zooms upward when he learns that she has become director Ang Lee's choice to star in a young adult vampire series. Howard is convinced that he can pull off a fabulous multi-film contract for her and resurrect his sputtering career in one fell swoop. For a while, it looks like his lifelong quest to be a shaker and mover in the film industry is about to happen.

The only thing this agent has going for him is that Lydia likes him and wants him to be her agent. But there are three roadblocks to that happening: one is Aldo Shocklee (Sam Rockwell), an aggressive and unscrupulous agent from a big time agency who has stolen many of Howard's clients; two is Lydia's father Ray (Paul Sparks), who doesn't believe that Howard can get them the best deal possible; and three is movie executive Meg (Allison Janney), who is handling the franchise and has no respect for Howard.

Besides playing the lead role in Trust Me, Clark Gregg is also its writer and director. The film, which has some comic moments, offers a grim portrait of Hollywood agents, actors, and other members of the film community as nasty, cunning, lying, and amoral competitors only looking out for themselves. It is quite exhausting watching Howard fending off one disappointment after another. The only person in the drama who genuinely likes him is his neighbor and love interest Marcy (Amanda Peet). 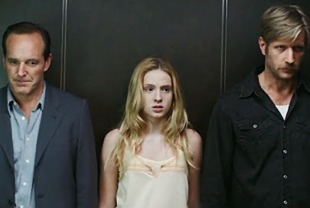 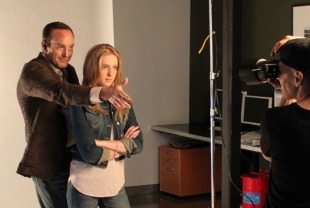 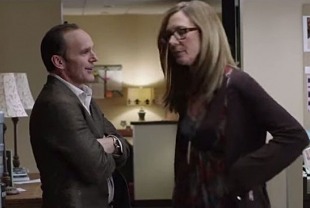 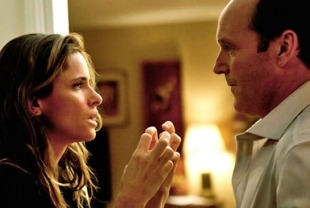