Halvard Solness (Wallace Shawn) is a ruthless and selfish architect in his sixties who has scrambled to the top of his profession by treating others shabbily. Knut Brovik (Andre Gregory), the ailing old man who works for him, begs the master builder to give his son Ragnar (Jeff Biehl) a chance to prove his talent. But Solness does not want to help him. In addition, he is having an affair with Kaya (Emily Cass McDonnell), the young man's fiancee.

All this is sadly witnessed by Solness's wife Aline (Julie Hagerty) who has become a ghostly shadow of her former self. She has been living as an emotional zombie since their twin sons died and a fire destroyed her birth home. Aline also knows about her husband's need for young and beautiful women.

Then one day a scantily dressed woman of exquisite beauty arrives. Hilde Wangel (Lisa Joyce) has held a special place in her heart for Solness who promised her 10 years ago to take her away to a new kingdom. At that time, she was 13 years of age.

It is fascinating to watch the spell Hilde casts over Solness as she struggles to subdue his will and playfully tries to convince him to surrender to her dream. She surprisingly takes the side of the young architect, and after a heart-to-heart chat with Aline, is stunned by the ruthlessness and power plays of the master builder. The emotional fireworks which end this powerfully presented drama will linger in your mind long after you leave the movie theatre, thanks to the outstanding performances by Wallace Shawn, Lisa Joyce, and Julie Hagerty. 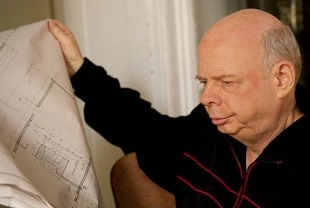 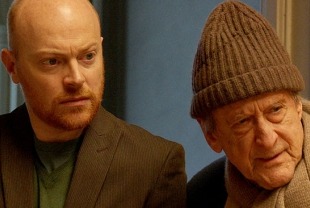 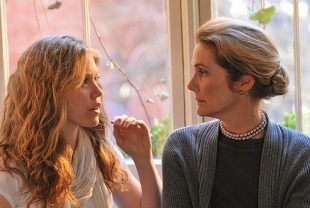 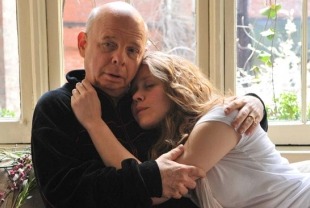