Directed by Phillip Noyce
A cogent morality play about love, memory, and what is needed for a full and rich life.

Given the widespread suffering, death, and destruction in the world we now live in, wouldn't you prefer to be part of a futuristic society where all war, fear, pain, and hatred were eliminated? Instead of competition, wouldn't you rather have collaboration? Instead of rude behavior, courtesy? And instead of floundering about in your choice of a career, wouldn't it be nice to have wise elders assign you the perfect job based on your talents and abilities?

Welcome to the society portrayed in The Giver, the screen adaptation of the Newbery Medal-winning young adult novel by Lois Lowry. As fans of the book, we were happy to learn that it has sold over ten million copies since 1993 and continues to give youth around the world a chance to explore the kind of world they want to create by their values and choices. The Giver, as a book and as a film directed by Phillip Noyce, is a spiritually literate resource that reveals how love and memory are the linchpins of a full and rich life.

Jonas (Brenton Thwaites) lives with his parents (Alexander Skarsgard and Katie Holmes) and a younger sister (Emma Tremblay). Theirs is a highly regimented society established after "the ruin" in which all memories of the past and differences among peoples have been minimized. Everyone has a specific job to do, wears assigned clothes, obeys the rules and a curfew, and never lies.

Jonas' father works at the Nurturing Center with the "newchildren," and his mother is a Department of Justice official. Jonas is the ideal son who speaks precisely (much to the delight of his mother) and shares his feelings every night at dinner. He has two close friends: Fiona (Odeya Rush) and Asher (Cameron Monaghan). The three of them are nervous about the upcoming Ceremony of Advancement during which they will be given their official work assignments as new adult members of the community.

Much to the surprise of everyone, it is announced at the ceremony that Jonas has been selected to be the new Receiver of Memory. As the powerful and sober Chief Elder (Meryl Streep) reminds them, this position is one of great responsibility. He will inherit the community's collective memory — the storehouse of its good and bad memories from which the other citizens have been shielded. The memories will be transmitted to him by the current Receiver, known as the Giver (Jeff Bridges).

Arriving for his training at the Giver's home, which is located at the very edge of the community and is filled with a huge library of books, Jonas enters a bold new world. One reason he was selected for this role is that he has demonstrated a capacity to "see beyond," a gift which first manifests as the ability to see colors; all the others in this community only see things in black-and-white. Jonas, in contrast, notices that Fiona has red hair. Soon, with the Giver's help, he is able to see all the colors in the rainbow.

The Giver gives him memories of a celebration at a wedding, different sounds and music, and the pleasures of dancing. Jonas is most surprised by and attracted to the emotion of love. The Giver describes it as "what you feel for someone else that the mind can't explain and can't make go away."

The Giver also shows him scenes of the war and the massacre of elephants. This is what the community does not want to remember. But even after experiencing this pain, Jonas does not want to return to the "Sameness" of the life he's known. Instead, he wants to share what he's seen with others, starting with Fiona, so they, too, can experience the power and poignancy of the emotions, passions, and sensuality.

The Giver, however, reminds Jonas that the people made a choice to live with Sameness. They gained control of many things but had to let go of others. When this rebel discovers plans to kill Gabriel, a problem newchild his family has been caring for, he makes a decision that sets him on a new course of action. In a bold escape, he takes Gabriel and heads out for the new territories in Elsewhere. Just before he leaves, the Giver gives him one last memory of the strength of protestors throughout history and spiritual heroes such as Nelson Mandela.

Although The Giver lacks the strong and memorable performances of the young actors in The Hunger Games and Divergent,, it does give youth a cinematic experience that tests and exercises their philosophy of life. You cannot watch this compelling story without asking spiritual questions about meaning, the emotions, memory and love. Jeff Bridges carries the film as he struggles with the burdens which make us human.

The Giver is a cogent morality play about love, memory, and what is needed for a full and rich life.

Education and child psychiatrist Robert Coles has made a good case for literature as a source of philosophical and ethical riches. In The Call of Stories, he shares a personal memory.

"I remember one evening when my father was saying good night to me, we had, as it was our custom, what he called a 'brief evening chat.' Putting on a serious face and feeling a bit nervous at the prospect of challenging what by then I knew to be a much-cherished activity, I managed to voice my query: 'Why do Mom and you read out loud to each other?'

"I can still remember my father's words as he tried to tell me, with parent conviction, that novels contain 'reservoirs of wisdom,' out of which he and mother were drinking. A visual image suddenly crossed my mind — books floating like flotsam and jetsam on Houghton's Pond, near Milton, Massachusetts, where we lived. I never told my father what appeared to me, but he knew its essence by my glazed eyes. He made his pitch anyway: 'Your mother and I feel rescued by these books. We read them gratefully. You'll also be grateful one day to the authors.' "

After watching The Giver, set aside some quiet time to reflect upon the film. Let it simmer in your consciousness. Then ask yourself:

• In what ways does the story rescue you?
• What emotions are most important to you?
• Which emotions do you need to work with most?
• What memories are most vivid to you?
• Have you ever tried to change a memory and make it into a more positive experience? What happened?
• What hinders and what helps you sustain love in your life?
• What is needed for you to have a rich and full life? 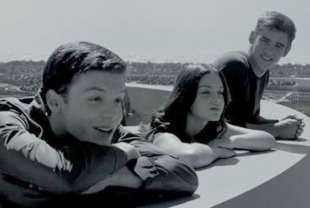 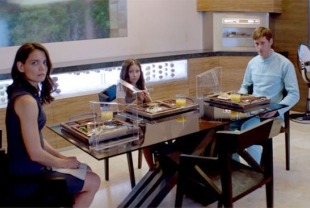 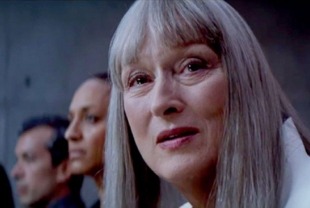 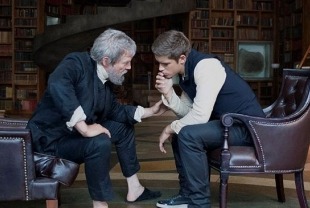 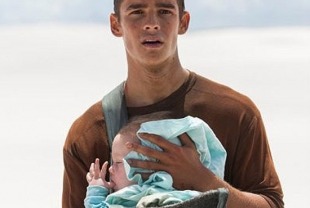 PG-13 for a mature thematic image, some sci-fi action/violence