Directed by Ari Folman
Intriguing story about what it would be like to live in a post-avatar world.

Playing a fictionalized version of herself, Robin Wright is an actress living with her son Aaron (Kodi Smit-McPhee) in a converted DC-9 hanger right next to an airport. The boy takes great pleasure in flying kites but he gets in trouble when one of them floats over to where airplanes are landing. The authorities try to scare him but that doesn't really work.

Aaron has been scared for quite a while and so has his mother. He has a rare disease that might take away both his hearing and his sight. When Robin's agent (Harvey Keitel) comes for a visit, he has a very special proposal for her from Miramount Studio (a whimsical blend of Miramax and Paramount Studios). But before he spells out the offer, he points out that Robin has made a lot of bad decisions in her career after starting off with her buoyant performance in The Princess Bride. She shot her wad early and never reached the heights of stardom that everyone thought would be her destiny.

Robin agrees to go the studio to hear more from the studio boss (Danny Huston) about their offer. They want to scan her body and her acting out a variety of personality traits, thus capturing her essence. She will then sign away the rights to this version of herself, and they can use it in films in any way they want.

Naturally Robin is turned off by the idea that she would have no say in her future but when Aaron's condition worsens, Robin sells her soul to Miramount so they will have a beautiful celebrity forever. She promises to never act again.

The Congress is loosely based on Stanislaw Lem's novel The Futurological Congress. This imaginative, complex, and cinematically bold movie is written and directed by the Israeli Ari Folman who made such a big splash with his animated documentary Waltz With Bashir. The sci-fi dimensions of this story begin when Robin, 20 years later, goes to address a gathering in a toon-town called Abrahama. The digitized actress has become a cartoon character, a superstar, and a world box-office champion. Those responsible for her global triumphs now want to transform her into a drug so that all her fans can actually be Robin Wright. Meanwhile, all Robin wants to do is to find her son.

In The Congress Folman treats us to his vision of "a post-Avatar world" where visuals are the language of movies, television, music, art, and religion. They are the Alpha and the Omega. Or as Edmund Carpenter summed it all up in his book on the media:

"Oh, what a beautiful baby!" exclaimed a neighbor.
"That's nothing," replied the mother. "You should see his photograph!" 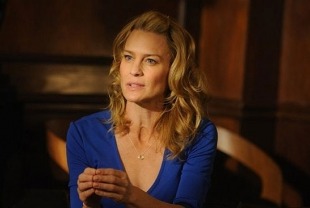 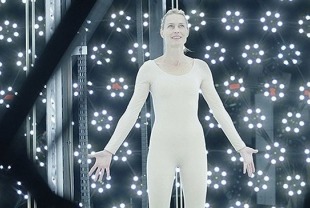 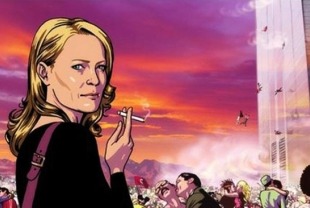 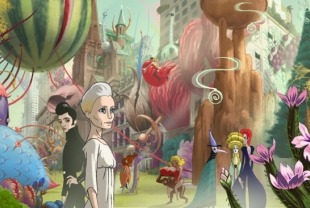