Directed by Theodore Melfi
A heart-affecting cinematic parable about the saints among us who enable us to come alive in new ways.

St. Vincent is a very funny and touching cinematic parable about spiritual transformation. Written and directed by Theodore Melfi, it wings its way into our hearts thanks to the fine ensemble performances and remarkable acting of Bill Murray in the lead role. Whether shooting verbal darts at those who irritate him or shouting down imagined adversaries, this veteran movie star knows all the right moves. We understand and empathize with Vincent despite his many flaws and foibles. We have put St. Vincent on our list of the Most Spiritually Literate Films of 2014 and have organized this review around saints.

"Like a film star, a great saint is someone whose life can be reduced to a strong, uncomplicated image."

— Bruce Bawer in A Tremor of Bliss, edited by Paul Elie

Vincent (Bill Murray) is an anti-social, angry, alcoholic slob who derives great pleasure in criticizing people. His only companion, late in life, is a white Persian cat. In the opening scene of the film, single mom Maggie (Melissa McCarthy) and her 12-year-old-son Oliver (Jaeden Lieberher) are moving in next door and their movers knock a branch off a tree in Vincent's yard and damage his car. He yells at the movers and threatens to sue her. If there is one uncomplicated image of Vincent, it is that of a nasty and selfish old man.

"Our age values production, prestige, and power. As a result, we do not choose silly saints as patrons on which to pattern our lives. In Old English, the word 'silly' originally meant happy, humble, innocent, and of low station. The word also meant low intelligence or senselessness. Early Christians were silly saints not because they were senseless but because they had the good sense to seek innocence, simplicity, and humility."

Maggie has landed a job at a local hospital and out of desperation hires Vincent to watch Oliver after school. He agrees to this in order to earn the money he needs to pay off his gambling debts. When Oliver is beaten up at school, his new caretaker teaches him how to break the bully's nose. It works, and Oliver is impressed.

Vincent, who has an intense dislike of kids, discovers that this babysitting work is okay. He takes the boy with him to his favorite local bar, to the horse track, and to the strip club where Daka (Naomi Watts), a Russian, works. She is pregnant with Vincent's child, and Oliver learns from him that she is "a lady of the night."

Vincent has opted out of normal society and exists in his own private world. He has absolutely no interest in production, prestige, or power and, in this sense, is a silly and humble character who exists on the fringes of society, much like many saints of the early church did.

"There's an old sermon illustration about the little girl whose pastor asked her, 'What is a saint?' She thought about the stained-glass windows in her church and said, 'A saint is somebody whom the light shines through.'

"There's something I particularly like about that analogy; it's that the brighter the light becomes, the more different the windows look from one another. At dusk, you can tell that the windows show a row of saints, but you can't tell who's who. When the light is at its brightest, every detail stands out distinctly.

"It's like that with saints; the more they are filled with light, the more different they are from one another."

— Frederica Mathewes-Green in The Open Door

One of the positive aspects of saints is that there is such incredible variety. For example, in Christianity, there are traditional saints such as Francis of Assisi, Therese of Lisieux, and Joan of Arc; lesser known saints such as Edith Stein, Juan Diego, and Elizabeth of Hungary. And especially appealing to progressives in all religious traditions is the inclusion of contemporary prophets as saints — Dorothy Day, Oscar Romero, Gandhi, Raoul Wallenberg, Dietrich Bonhoeffer; and artists, poets, and scholars such as Flannery O'Connor, Walker Percy, G. K. Chesterton, Albert Camus, and E. F. Schumacher.

Some of these lights burn brightly while others only shed a little light. But even these lives are worth celebrating.

Oliver attends St. Patrick's School in Brooklyn which is Catholic but open to students of all religions. Father Geraghty (Chris O' Dowd) gives the class the following assignment: locate and report on a real person you think might qualify as a living saint among us. (If the Catholic Church is seeking to rejuvenate its schools, they should make every effort to find smart, sensitive, funny, open-minded, creative, and funny priests or nuns like this one!) Oliver decides to do his paper on Vincent: it is a real challenge to find out more things about him since he has said so little about himself. In addition, Oliver must keep the project a secret.

"The saints are the sinners who keep on trying."

During the course of his friendship with Vincent, Oliver sees his loneliness, his disappointment, and the many ways in which he is quite self-destructive. Yet despite these flaws, this cranky neighbor manages to courageously battle back after a heart attack. Most mysterious of all to the boy is the love and beauty Vincent lavishes on a woman named Sandy (Donna Mitchell) who lives at a nursing home. He regularly visits her. Vincent definitely qualifies as a sinner who keeps on trying to be good and to do good.

"A saint is a life-giver . . . a human being with the same sorts of hang-ups and abysses as the rest of us, but if a saint touches your life, you come alive
in a new way."

— Frederick Buechner in The Clown in the Belfry

In a stirring and emotional speech paying tribute to St. Vincent, Oliver charts his heroism in the Vietnam War and his caregiving for Sandy. He gives him credit for teaching him many practical things and for giving him the courage to take risks and to stand up for his principles. Simply and eloquently put, Oliver reveals how Vincent has helped him come alive in new ways!

St. Vincent encourages us to be on the lookout for living saints in your life who are transforming the world and encouraging you to flourish. Here's a meditation to get you started. It's from Joyce Rupp, who qualifies as a saint in our lives.

"Let us remember the ones who lived and loved deeply, who found the source of their inner strength from you, the Divine Beloved. . . .

"Let us remember the light-filled ones, who enkindled our spirits with their teachings and the spark of their beliefs. . . .

"Let us remember the risk-takers, who faced their fears and rook action, who sought justice even though they had to pay a price for it. . . .

"Let us remember the vulnerable ones who allowed us to care for them, to be with them in their time of need. . . .

"Let us remember the faith-filled ones who brought us to the Holy One, who led us, by their words and example, into deeper relationship with God. . . .

"Let us remember the brave ones who walked through their struggles with hope, who taught us how to trust and have confidence during our times of sorrow and difficulty. . . .

"Let us remember the great lovers of life, whose humor and enthusiasm lifted our spirits and brought us joy. . . .

"Let us remember the nurturers, who birthed us physically or spiritually, who gave us sustenance by their caring presence. . . ."
— Joyce Rupp in Out of the Ordinary 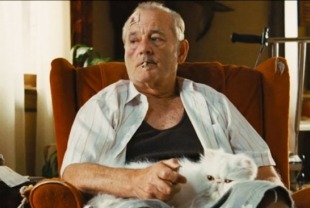 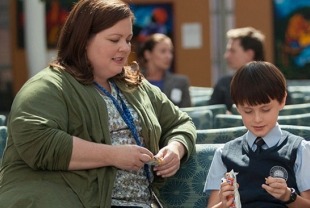 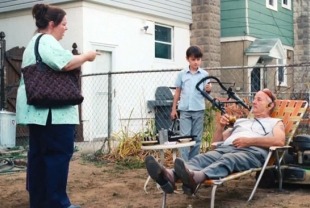 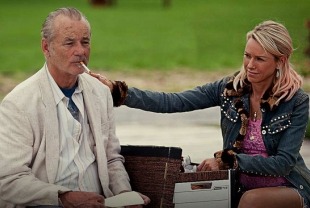