Directed by Jon Stewart
A cogent and clear-headed drama that will stir you to human rights advocacy.

Iranian-Canadian journalist Maziar Bahari (Gael Garcia Bernal) lives in London with his pregnant wife Paola (Claire Foy). He works for Newsweek and travels to Iran to report on the 2009 presidential election. The incumbent is Mahmoud Ahmadinejad, the protege of the Supreme Leader, Ali Khamenei, a religious cleric. Bahari interviews his spokesman and senses this young man's vision of an Islamic State.

His driver, Davood (Diitri Leonidas), introduces him to supporters of the other major candidate in the race, Mir-Hossein Mousavi. They hang out at "Dish University," a building with satellite dishes hidden on the roof which are available to liberal-minded people who want access to international media.

This group and many international observers are shocked by the election results. Ahmadinejad is declared the winner by nearly 2/3rds of the vote. As thousands take to the streets to protest, Bahari extends his trip to cover the developments. At one point, he holds up his camera and catches a protester being shot by troops at a besieged army headquarters.

Nine days after the elections, while at the home of his mother, Moloojoon (Shohreh Aghdashloo), agents arrive and search his room. They accuse him of possessing "pornography" such as DVDs of Pasolini's Teorema and The Sopranos. As he is taken away in handcuffs, his mother weeps and recalls that his sister Maryam (Golshifteh Farahani) and his father Bab Akbar (Haluk Bilginer) both served lengthy periods of time in prison for their Communist beliefs.

Bahari is put in solitary confinement in Evin Prison and given a blindfold for use during his interrogations. He nicknames the man who tortures and torments him "Rosewater" because of the fragrance he uses. Citing an interview he did with the U.S. comedy show The Daily Show, Rosewater accuses the reporter of being a spy. Sometimes he is physically tortured but most of the time the intent of his interrogator (Kim Bodnia) is to elicit a confession from him that he is and has been an enemy of Iran and its religious leaders and laws.

In his debut as a feature film writer and director, Jon Stewart reveals the same sobriety and seriousness he so often evidences during his interviews with book authors as the host of The Daily Show. Several creative approaches work especially well. Bahari's backstory and political developments in Iran are conveyed by billboards and pictures projected on windows as he is driving into Tehran from the airport. The power of the post-election protests is indicated with a screen-full of Twitter hashtags. And Bahari's struggles to remain sane while in prison and to make decisions about what to do to get out are dramatized as imaginary conversations with his father.

The most magical and mystical moment in the film is when the imprisoned journalist celebrates the freedom he experiences inside himself by improvising a dance to Leonard Cohen's ballad "Dance Me to the End of Love." Bahari walks out of prison after 118 days and returns home to his wife.

This film is based on Then They Came for Me: A Family's Story of Love, Captivity, and Survival by Maziar Bahari with Aimee Molloy. Bahari continues to work for the release of other journalists who have been imprisoned for bearing witness to what they have seen. We hope this cogent and clear-headed drama will serve as a catalyst for many others to become involved in human rights advocacy.

"The very words sound like the stuff of nightmares. But every day and across every region of the world, these unimaginable horrors are the reality for countless men, women and children."
— Salil Shetty, Secretary General, Amnesty International

"Torture is abhorrent. It is barbaric and inhumane. It can never be justified. It is wrong, self-defeating and poisons the rule of law, replacing it with terror. No one is safe when governments allow its use.

"The world's governments recognized these fundamental truths when, in the aftermath of the atrocities of the Second World War, they adopted the Universal Declaration of Human Rights in 1948. This enshrined the basic right of all of us, everywhere, to live free from torture, free from cruelty.

"This right — at the heart of our shared humanity — was later enshrined in a legally binding international agreement through an explicit and absolute prohibition against torture and other ill-treatment, in the 1966 International Covenant on Civil and Political Rights. . . .

"Over the past five years, Amnesty International has reported on torture and other ill-treatment in 141 countries and from every world region. While in some of these countries Amnesty International has only documented isolated and exceptional cases, in others torture is systemic. But even one case of torture or other ill-treatment is unacceptable.

"This figure gives a sense of the scale of the problem but we can only report on those cases known to us. By no means do they reflect the full extent of torture in the world. Nor do they begin to describe the despicable reality of torture, or the true cost of lost and ruined lives. . . .

"Alarmingly, a new global poll commissioned by Amnesty International reveals that — 30 years after the UN Convention — almost half of the world's population still do not feel safe from this horrific abuse."
— Salil Shetty, Torture In 2014: 30 Years of Broken Promises.

Special features on the Blu-Ray/DVD include Iran's Controversial Election; The Story of Maziar Bahari; Real Spies Have TV Shows; What Happens in New Jersey...; A Director's Perspective. 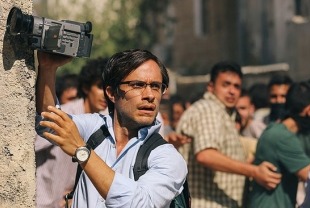 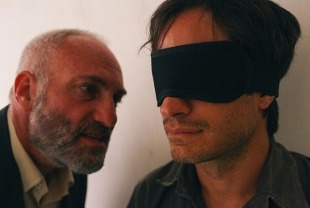