Directed by David Drury, Marc Jobst, Susan Tully
TV series about a spirited and creative young woman whose enthusiasm for work is a wonder to behold.

"Some people, let's call them our social betters, if we want them to come in the store we must practice the art of letting them believe they are the masters of every situation. It's best not to let them know what we're thinking. Especially what we think of them."

The Paradise is a BBC television series based on an 1883 novel by Emile Zola. It aired in the United States in 2013 as a "PBS Masterpiece" presentation. You can watch it now through several streaming services or on DVD. 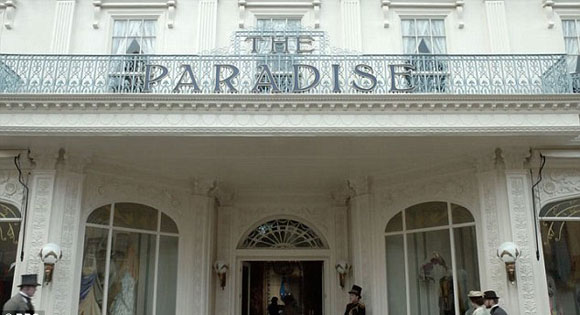 Bill Gallagher, the show's creator and writer, has created a lively and light-headed portrait of love, yearning, passion, class conflict, the power of the rich, and the painful rebuffs and losses of the poor. It is set in a Victorian-era department store where shopping for some of the well-to-do customers is the equivalent of experiencing heaven on earth. The clerks who work there see their employment as a ticket to a more prosperous life. 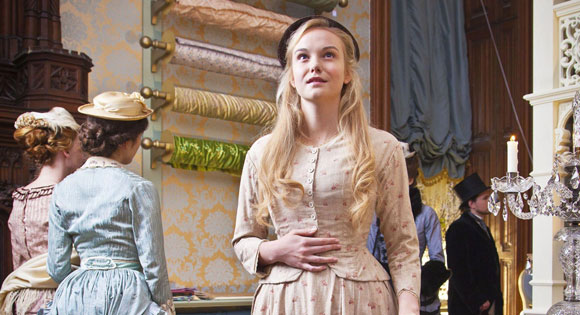 Moray has his demons to battle: the mysteries surrounding his wife's death and his dependence on Jonas (David Hayman), a one-armed store detective who carries a cache of big secrets. Denise has an up-and-down relationship with Mrs. Audrey (Sarah Lancashire), the head of Ladies Wear, but the one who really tries to make her look bad is Clara (Sonya Cassidy), a shop girl who had a one-night stand with Moray and is jealous of his praise of Denise for her ideas for improving the store. Among them are clearance sales, contests, and charge accounts.

"Men who slow down, men who take their time, they come second," says Moray. "I don't want to do that." He is a self-made man with dreams of an ever bigger and better department store to serve as a model for things to come. But Katherine Glendening (Elaine Cassidy), the rich, self-absorbed, and controlling banker's daughter, has her own plans. She is madly in love with Moray and is determined to marry him, although he doesn't love her and claims to still be mourning his wife. 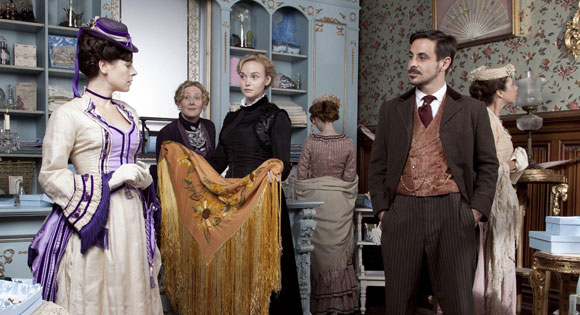 The person holding the keys to their future is Katherine's wealthy father (Patrick Malahide) who can make life very comfortable for Moray by investing in the store and a scheme to own the rest of the block as well. Of course, in return, he expects the young entrepreneur to bring happiness to his beloved daughter.

Season 1 of the series ends when Moray finally makes a choice between the two most important women in his life. Season 2 begins when he returns from months away in Paris. He has lost control of the Paradise and must now deal with the consequences of his previous decisions. Meanwhile, Denise struggles with her need to please Moray and her yearning for independence. 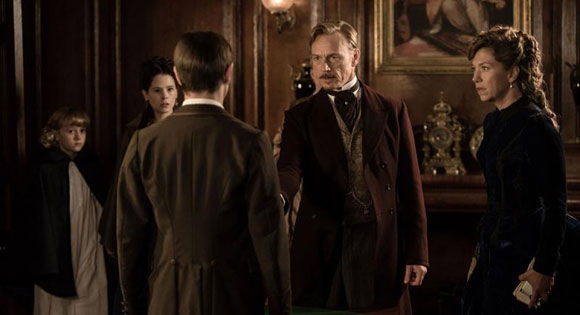 The Paradise takes Emile Zola's department store novel and relocates it from Paris to the north of England. From the start to the finish of this BBC Series, the enthusiasm of Joanna Vanderhand's Denise carries the drama. Her passion for creating new ways to enhance the department store is a celebration of creativity in the workplace. Caressing a luscious piece of fabric, Denise exudes "The crepe has a flecked feel to it, as though it is made of tiny shadows, floating like secrets."

This English series presents a realistic picture of the gaps between the rich and the poor in the late 1800s. It also encourages us to consider the role of shopping in our lives, the durability of trust in a marital relationship, the pain and suffering that accompanies revenge, and the invidious role of secrets and their ability to prove toxic.