Directed by Olivier Nakache, Eric Toledano
A French dramedy about a Senegalese immigrant that offers us positive messages about friendship, love, and hope.

In the telling and beautifully orchestrated opening scene of this French film directed by the two men behind the blockbuster The Intouchables (2011), we are thrown into the midst of a wild wedding celebration in a Parisian restaurant with people dancing, the bride and groom cutting the cake, and the waiters carrying it off to the kitchen where it is cut into pieces and put on plates. In the back of this busy place, Samba Cisse (Omar Sy) is washing dishes and sweating profusely. Here we see the gigantic gap between the rich men and women at the wedding and the lowly African slaving away at a menial job.

This responsible young man regularly sends his paycheck to his mother in Senegal. After 10 years in France as an illegal alien, he must constantly be on the alert for the police and immigration officers. If caught for the tiniest infraction, Samba will be sent back immediately to his beleaguered African homeland. He lives with his philosophical uncle who is always telling him to look more like a French businessman with a suit and a briefcase. Samba prefers wearing a funky T-Shirt which serves as his good luck charm. 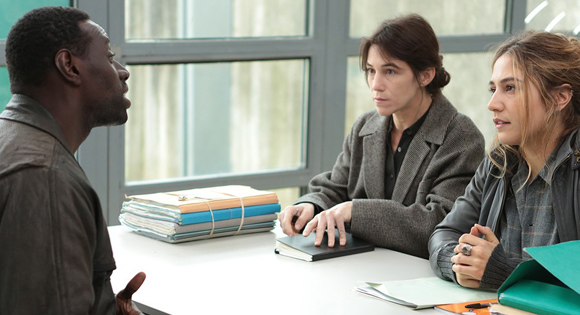 Alice (Charlotte Gainsbourg) is doing some pro-bono work assisting immigrants applying for visas and jobs. Although a shy and reclusive woman, she takes a special interest in the charismatic and handsome African who dreams of settling down in Paris and becoming a chef. Although she's warned by a colleague (Izia Higelin) to keep her distance from her clients, Alice sees Samba several times before telling him that she is a senior executive who has taken some time off to handle her depression resulting from burnout. He handles this shocking news with grace and respect for her honesty in telling him the truth of her situation.

Directors Olivier Nakache and Eric Toledano succeed in making the vulnerabilities and setbacks of Samba and Alice both credible and appealing. We learn more about the African's values as he interacts with two friends: Jonas (Isaka Sawadogo), a man in prison who asks him for a favor, and Wilson (Tahar Rahim), an Algerian illegal immigrant who passes himself off as a Brazilian lover of sex, dance, and fun. 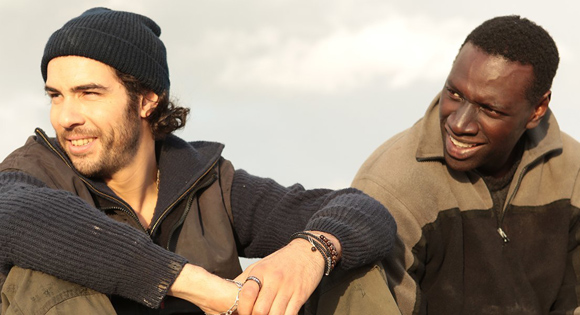 Omar Sy, so memorable in The Intouchables, proves that his screen talents run deep and wide. We root for Samba every inch of the way as he struggles with the challenges of a series of terrible jobs, poverty, the multiple identities he must assume, and the fear about his future. This dramedy reaches our hearts, minds, and souls with its positive messages about friendship, love, and hope.