A timely and thought-provoking documentary about efforts in China to deprogram teenagers addicted to Internet gaming.

China is the first country in the world to classify Internet addiction as a distinct clinical disorder. Teenagers who spend more than six hours per day with online role-playing games not related to school or work are considered "addicted" to the Internet. When asked what is most real to them, most of these youth would answer "the virtual world" or "reality is too fake." 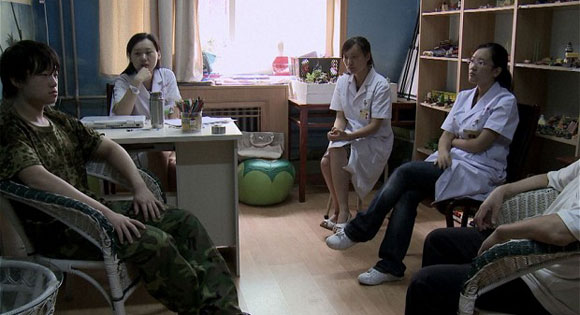 Israeli filmmakers Shosh Shlam and Hilla Medalia were given access to Daxing Boot Camp, a three-month anti-addiction program in Beijing created for patients 13 to 18 years old. In a statement they describe their film as "an emotional voyage that examines the results of Internet addiction and its effects on families and interpersonal relationships, while examining the cultural and emotional effects of this type of treatment. In addition, the film also deals with the way that Chinese society, its culture of hyper-competitiveness, seeks to control what they perceive as the extremely negative effects of the Internet." 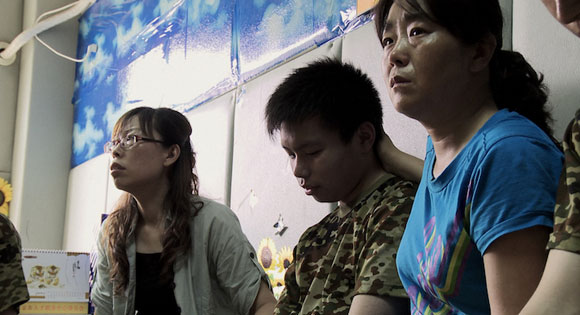 In the opening shots, we see youth at home in a video café where they play Internet games which take them far away from the dullness of routine life attending school or squabbling with their parents at home. Then the scene shifts to a paramilitary camp (also known as a "Chinese teenager mental growth" facility) established by the government. The patients are mostly boys who view the place more as a prison than anything else. There are now hundreds of these places throughout China and South Korea. Many of the boys claim they don't need any treatment, resent their parent's role in sending them there, and call the end-goal of the treatment center as nothing more than "brainwashing."

Patients are under surveillance even as they sleep. The camps emphasize the curative effects of rigorous exercise programs supplemented by medication, group therapy, brain scans, and classroom instruction. Tao Ran, the professor who set up the first Internet addiction clinic, is firmly convinced that web addicts are "the same as heroin addicts." As we follow three Chinese teenagers in the anti-addiction program, we see that the only time they seem relaxed and happy is when they share stories about their Internet gaming experiences. 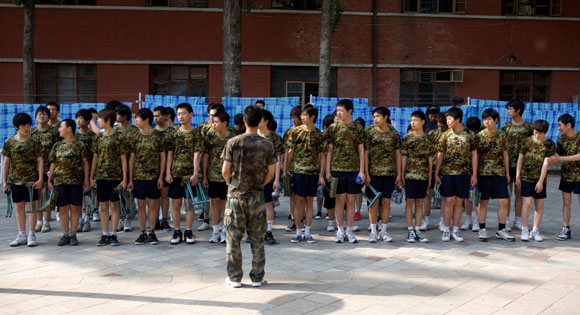 Web Junkie is a thought-provoking documentary which raises a host of timely cultural questions. Among them are: Should the DSM (the official mental health diagnostic manual in the United States) recognize Internet addiction as a disorder? What roles should families, religious organizations, and schools play in teaching digital and media literacy? Has internet addiction reached a crisis point in other countries, and if it has, what kinds of treatment do you think would prove most successful? While watching this documentary, we recalled the camps set up by fundamentalist Christians to "cure" youth of their homosexuality: what challenges face these kinds of efforts at de-programming youth? How effective is the treatment of these Internet gaming addicts?