Directed by Craig Zobel
A futuristic story about three people struggling to survive in a world they could never have imagined.

In this drama, most of America has been destroyed by a nuclear holocaust except for a paradisiacal valley sequestered in the mountains. Ann (Margot Robbie) has survived the catastrophe and lives by herself on the farm where she grew up. She still laments the disappearance of her preacher father and younger brother who went off looking for others. 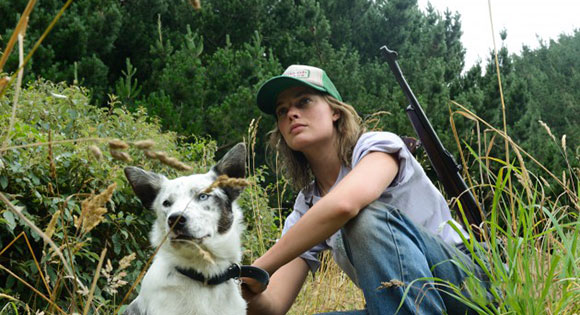 Ann is grateful to God for the uncontaminated water and the non-toxic air in the valley. By contrast, she must don an anti-radiation suit when she goes to town for supplies and scrub herself down upon her return. At home, she savors the natural world around her, enjoys the playful company of her frolicsome dog, and plays the organ in the church her father built.

Although Ann is wary of strangers, she watches in empathy when John (Chiwetel Ejiofor) enters her world and first realizes that the air is clean. He screams out in joy but makes the mistake of jumping into a toxic lake. Ann takes care of him and brings him back to life. They draw closer to each other as time moves on. Ann, a virgin, begins to experience sexual impulses but John holds back expressing his love for her. But he is upset when a stranger, Caleb (Chris Pine), arrives and Ann invites him to stay. 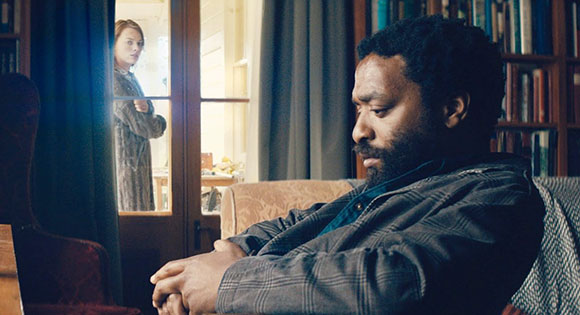 Caleb provides a helping hand in John's big project of using materials from the church to build a watermill to generate electricity. The newcomer claims to be a religious person and assures Ann that they have different values than John, who is a man of science and a non-believer.

Z for Zachariah is directed by Craig Zobel who focuses on the moral choices and ethical actions that animate these three characters as they struggle to survive in a world which is quite different from anything they ever imagined. Their struggles reminded us of a pivotal scene in Beasts of the Southern Wild when a teacher warns her students that dangerous and difficult days are on the way. She counsels them: "You all better learn to survive." 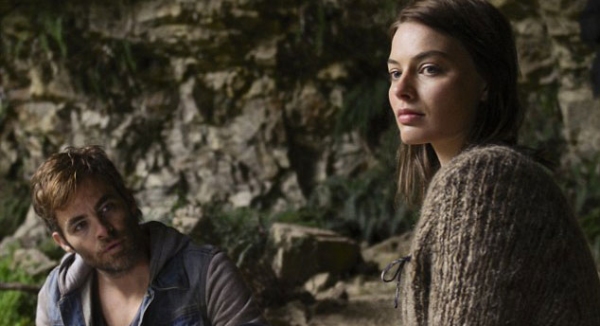 This sobering morality tale delivers strong performances by Chiwetel Ejiofer as the stranger with a mysterious past; Margot Robbie, who conveys the sexual yearnings of the preacher's daughter; and Chris Pine who convincingly plays the kind of person who enjoys stirring up trouble wherever he goes. Set in the not-so-distant future, Z for Zachariah compels us to ask ourselves what character qualities are best suited to the daunting project of survival. Equally important is the question of what character qualities create separation, lack of trust, paranoia, and jealousy.