Directed by Chad Kapper
A friendly drone in this sci-fi feature comes across as a modern-day equivalent of R2-D2 in the Star Wars sagas.

Drones are in the news everywhere you look. They are being used by the CIA and the U.S. military as a weapon of war to kill suspected terrorists. They are coming into play in police work. They have been used by ad companies collecting location information from the cell phones of Los Angeles residents. Soon they will be delivering food and other purchases.

Most of these uses of drones are negative. This DVD sci fi-feature presents a positive view of these flying computers. The setting is a post-apocalyptic world where 90 percent of the world's population has been wiped out by a viral epidemic. Drones which were originally created to deliver vaccinations for the deadly disease now fly about hither and yon without a mission. They are hunted for their parts and power source; their "Arc Pellets" are coveted as a form of currency in this discombobulated world. 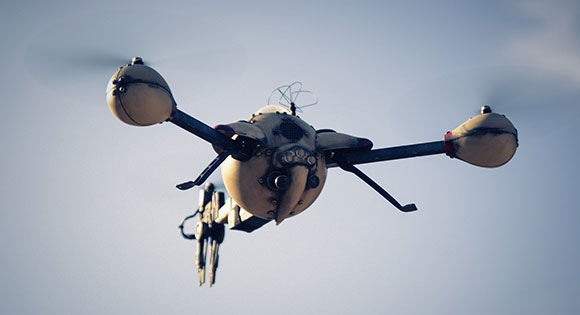 Kitch (Christian Kapper) is a vagabond who keeps to himself and is a lost soul until he is befriended by a drone named DR1. The boy is convinced that his father is still alive. After meeting Maya (Natalie Welch), who is looking for adventure, he sets out with her to locate his dad. And guess who leads them on the way? The drone DR1 who hovers ahead or behind them wherever they go. Members of a local crime syndicate muck up things along the way. 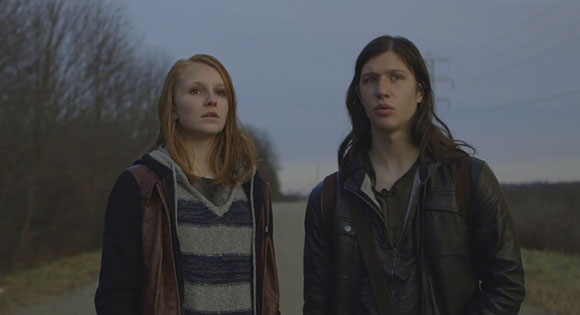 Although Chad Kapper serves as director of Rotor DR1, the script was the result of community collaboration whereby individuals using Facebook helped create the characters, the storyline, and the Rotorverse. The result is a mildly interesting sci-fi film whose main value is its positive portrait of DR1 who comes off as a modern day equivalent of R2-D2, the friendly robot in the Star Wars pluriverse. 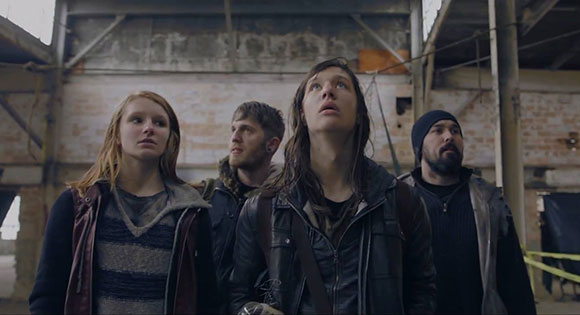